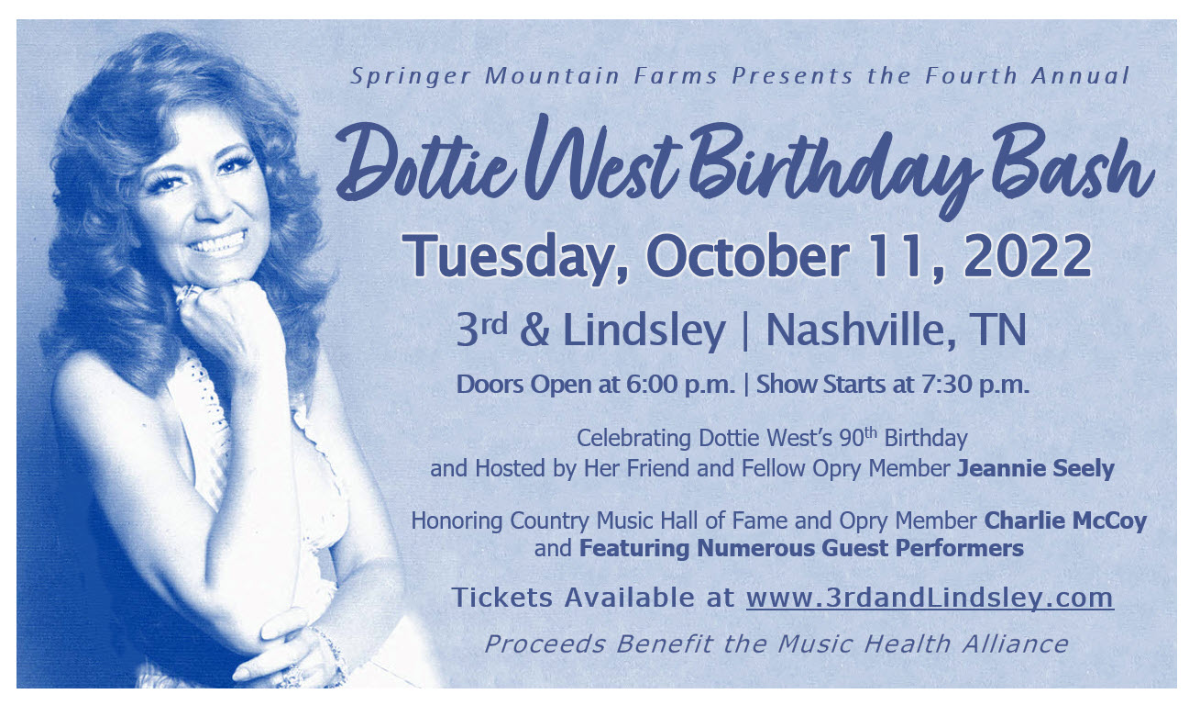 In addition to celebrating Dottie’s 90th birthday and honoring her, the event also honors a musician or artist who (like her) has made an indelible impact on country music. This year Country Music Hall of Fame and Grand Ole Opry Member as well as an acclaimed Grammy-winning session musician, harmonica player and multi-instrumentalist, Charlie McCoy will be honored.