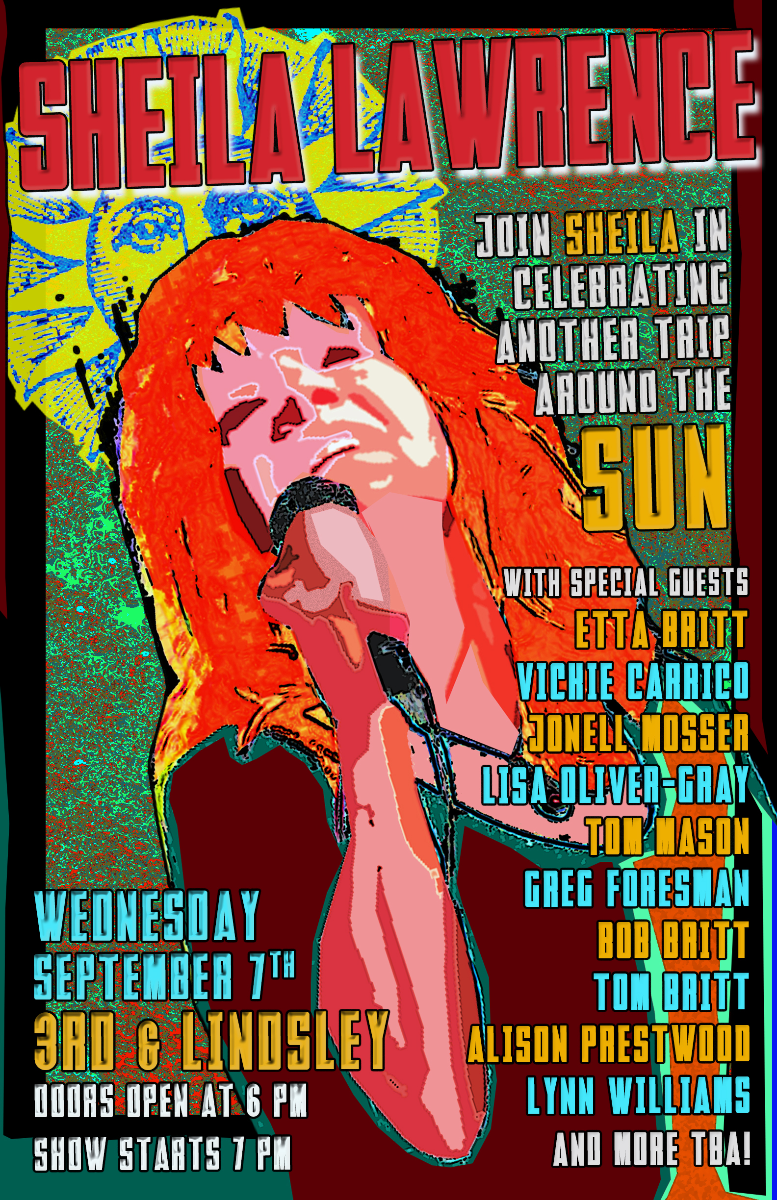 In addition to her commitment to her music, home and family are the solid foundation that motivate Sheila Lawrence. This can be heard and felt in her latest musical effort, her CD Down 1297. If that title leaves you puzzled, for Lawrence and those who grew up near Highway 1297 in Red Cross, Kentucky, it strikes a chord of family, friendship, and good times.
Lawrence penned  all of the songs on this latest album and some are inspired by early memories. “These are songs close to my heart. Some are new and some are old familiar songs that I’ve sung live, but I’ve never had the opportunity to record. This CD brings it all home for me. I started singing when I was a toddler and have never stopped. I feel like I have come full circle after all these years and was reminded that it all began down 1297. “
Lawrence’s first professional musical experience was in the early 1970s when she won a role in a music production while living in Louisville, Kentucky.  It was written and directed by Jay Petach of a regionally successful band The Oxfords. Lawrence had performed on stages throughout her school years, but this was her first professional performance, and she was smitten. In 1973 Lawrence moved to Bowling Green, Kentucky, where she had her first band experience with Jerry Kendall’s Blue Haze. Jerry wasn’t thrilled with her last name and asked for her middle name, Marlene (after Marlene Dietrich) and from there Sheila Marlene took off.

Over the next several years, Lawrence honed her craft as lead singer, writing her own songs and enjoying regional success throughout the South with various bands including The Names from 1981-1984, and The Score and Sheba’s Breakdown from 1984-1988.  During this period Lawrence developed a performance and writing relationship with Greg Foresman, who Lawrence says feels like the little brother she never had.

At the same time, Lawrence joined CBS recording artist Henry Lee Summer, as a backup singer touring and opening for The Doobie Brothers, Eddie Money, Stevie Ray Vaughn, Don Henley, John Mellencamp, and other national acts. Highlights from that time include an appearance on The Arsenio Hall Show and playing at Willie Nelson's Farm Aid at the Hoosierdome in Indiana.

”Another bit of magic happened for Lawrence in 2004, when she ran into “Little Miss Dynamite,” Brenda Lee, in the beauty shop.  Lawrence told Brenda how much she admired her and tried to imitate her while growing up singing along with her on the radio.  She gave Brenda her name and number and said, "Before I die, I want to sing with you!” A few weeks later Brenda called her, and she's been with her ever since.  "If you’ve seen her live, you already know the powerhouse that is Sheila Lawrence. And if you haven’t and you’re wondering what style you might expect to hear on Down 1297, someone once coined Lawrence’s style of music as 'Country Soul'.  "I liked the sound of that," Lawrence said.  In either case, you’ve got a musical treat in store for you with grit, soul, and power!