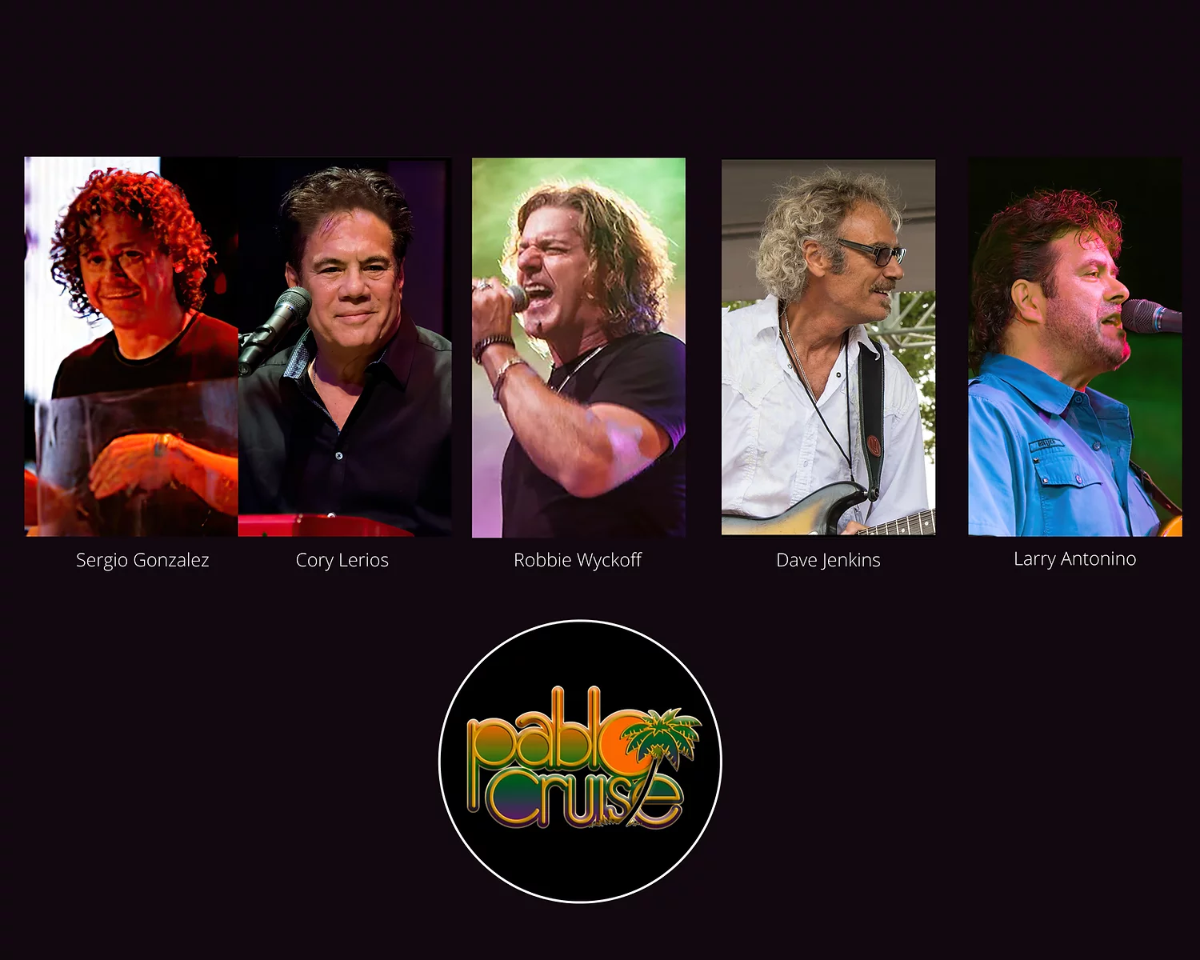 $35.00 - $200.00
In 1975 Pablo Cruise released its first A&M album simply entitled Pablo Cruise. The album cover was shot in the tropical gardens of San Francisco’s Golden Gate Park and it featured a huge gorilla standing front and center. The band, David Jenkins (guitars, vocals), Cory Lerios(keyboards, vocals), Bud Cockerel (bass, vocals) and Steve Price (drums, percussion) were no where in sight. At that point there was a bit of a mystique surrounding Pablo Cruise and when asked what Pablo Cruise meant, the well-rehearsed answer went something like this: “Pablo”, represents an honest, real, down to earth individual, and “Cruise” depicts his fun loving, easy going attitude towards life: In essence that’s what Pablo Cruise music is all about. Honest, real down to earth vocals, accompanied by fun yet elegant, infectious grooves. To hear Pablo Cruise on record is one thing, but to experience the band live is an exhilarating event!

From 1975 to 1985 the band toured the United States, Canada and Japan extensively, welcoming fans to “Climb Aboard The Good Ship Pablo Cruise.” Reaching the top 10 with mega hits like “Whatcha Gonna Do When She Says Goodbye?” and “Love Will Find A Way,”and several other top 20’s, the band went on to sell several million albums and singles collectively and established themselves as well respected writers and performers within the industry. They appeared on numerous TV shows, including Dick Clark’s American Bandstand, The Merv Griffin Show, The Dinah Shore Hour and in 1979 they broke Elvis Presley’s attendance record at the Sahara Tahoe in South Lake Tahoe, Nevada, becoming the first rock band to play a casino showroom. They also became the first rock band to grace the stage at the Grand Ole Opry, but by 1985 after completing several national tours and releasing 7 studio albums in all, the band decided to take a hiatus……one that lasted nearly 20 years.