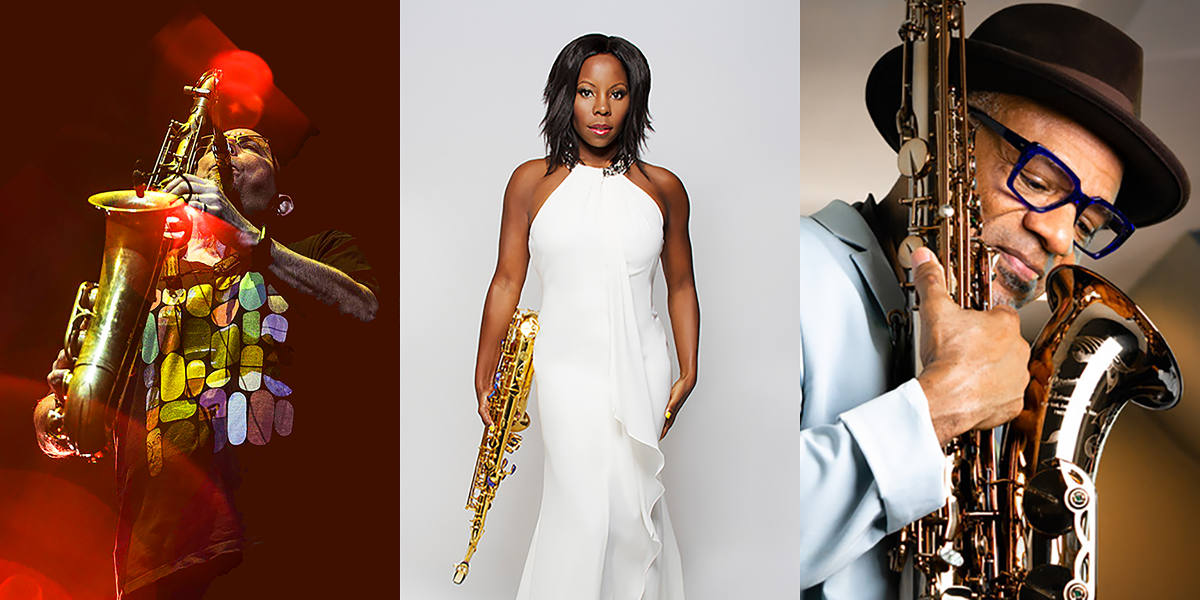 $40.00
When Grammy-nominated Mack Avenue recording artist, composer, and bandleader TIA FULLER picks up her saxophone, something amazing happens. Blending technical brilliance, melodic creativity, and the performing precision drawn from both her academic and stage experience, Fuller is a force to be reckoned with in the worlds of jazz, pop, R&B, and more. Currently, Fuller balances the worlds of performance and education, fulfilling a demanding schedule as both a busy touring and recording artist and a full-time professor at the Berklee College of Music in Boston. In late 2020, Tia's incredible saxophone playing was featured in the Pixar blockbuster animation movie SOUL. KIRK WHALUM is the recipient of numerous awards and acknowledgements for his musical excellence including three Dove Award nominations, an NAACP Image Award nomination and has won two Stellar Awards-Gospel music’s highest honor. A twelve time Grammy nominee, Kirk won his first Grammy award (2011)for Best Gospel Song (“It’s What I Do” featuring Lalah Hathaway) alongside life-long friend and gifted songwriter, Jerry Peters. In a career spanning decades, Kirk has a sound that is uniquely his; it is a sound that leaves an indelible imprint on the listener. JEFF COFFIN is a globally recognized saxophonist, composer, educator, and is a member of the legendary U.S. rock group, Dave Matthews Band. You may also know him from his 14 years, and 3 Grammy Awards, with the genre-defying Bela Fleck & the Flecktones. Jeff fronts numerous groups when not touring with DMB and has released 18+ solo CD's on Ear Up Records. Jeff has released 18+ solo recordings, is a Yamaha Performing Artist & Clinician, a Boston Sax Shop Ambassador, teaches improvisation at the prestigious Vanderbilt University, authored numerous books, produces, engineers, mixes, and runs his own critically acclaimed record label, Ear Up Records. Coffin is also recognized for his deep involvement with music education and his continued dedication to the improvisational musical art form some call Jazz and is the founder of online sax haven, The Sax Loft.