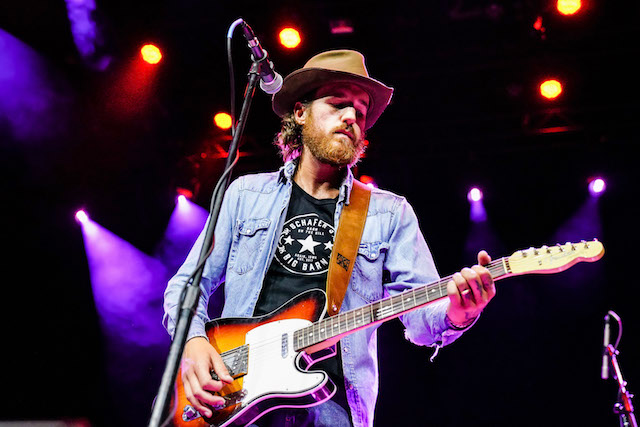 $15.00 - $85.00
Tickets
"I grew up on 80's hair metal," Alex Williams says with a laugh. "My dad listened to Cinderella and Ratt, so that was my musical upbringing until I was about 16. That's when my grandparents played me 'Dreaming My Dreams' by Waylon Jennings and 'Red Headed Stranger' by Willie Nelson."

It would be hard to overstate the importance of those records on Alex Williams' life. After hearing them, he traded in his electric guitar for an acoustic, dove deep into classic country music, and, most importantly, began writing his own songs. Roughly a decade later, Williams is releasing his debut album, 'Better Than Myself,' and much like Willie and Waylon, he's doing it on his own terms. "It seems like there's a lot of people out there just trying to get through the day," reflects Williams. "They're working a job they don't love or following somebody else's dreams just because it's safe and it keeps them comfortable. I didn't want to be like that."

'Better Than Myself' is a distant cry from the sugary pop hybrids currently dominating country radio airwaves, and as far as Williams is concerned, that's a good thing. He's part of a new breed of upstart outsiders, writing music that at once sounds both modern and traditional, channeling the raw, authentic sound that's made stars out of outlaw singers and red dirt rockers. His live show is a force to be reckoned with, earning him dates with everyone from Lynyrd Skynyrd to Hank Williams, Jr., but he's equally at home in the studio. Fat, twangy guitar tones, honky-tonk pianos, and swirling pedal steel lay the framework for Williams' blend of vintage country and southern rock, and his lived-in baritone breathes genuine life and depth into his based-on-a-true-story brand of songwriting.

"This record represents the last ten years of my life," says Williams. "My thoughts, my feelings, everything that I've been through, it's all in these songs. It's what I've wanted to say for a decade." Williams was born just outside Indianapolis, in the small town of Pendleton, IN. After graduating from high school, he relocated to Nashville for a short-lived stint at Belmont University, but he quickly dropped out after realizing he could learn more about life by hitting the road and experiencing it than he ever could in a classroom.

It's an arresting moment, and an apt metaphor for a songwriter with the ability to lodge his melodies and lyrics deep beneath your skin. Forget fame and fortune, hits and hype. As far as Williams is concerned, the legacy you leave behind with the ones you care about most is the true measure of any man. With that in mind, and with a debut album as good as 'Better Than Myself' under his belt, it's clear that Alex Williams is here to do more than just survive.