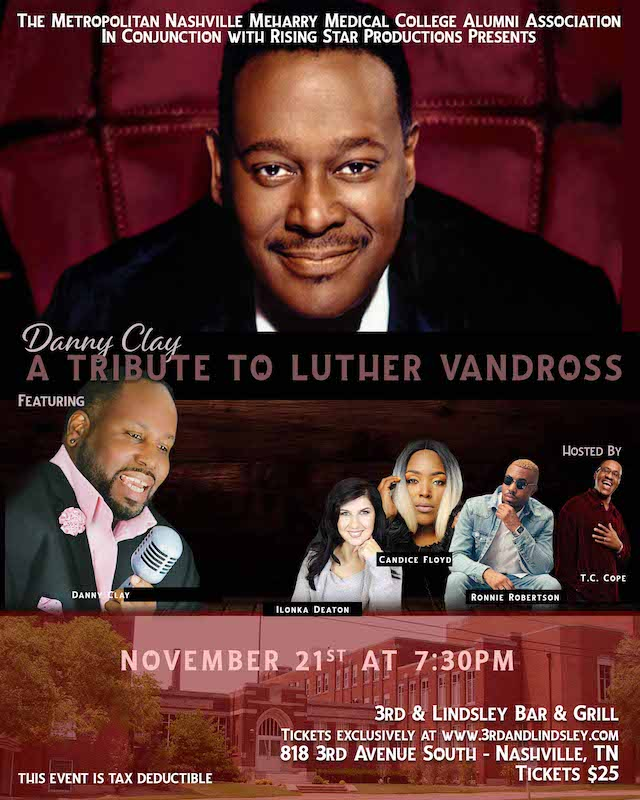 $25.00
Danny Clay is an actor and singer discovered by both Steve Harvey and Tyler Perry.  In 2007, Danny performed by phone in a Steve Harvey radio talent show.  As a result of the overwhelming response from the millions of listeners, Danny won the talent show and was invited to do a show with Steve Harvey in Newark, NJ.   It was Danny's first time meeting Steve in person and Danny won Newark, NJ and Steve Harvey over.   As a result, Danny was invited to be the opening act for all Steve Harvey shows, which lasted for 3 years.  Subsequently, the iconic Tyler Perry soon after invited Danny to Tyler Perry Studios where he was given a part in the hit national Stageplay, Madea's Big Happy Family.  The thing that opened the door of blessings for Danny is his ability to sing the songs of the late legendary Luther Vandross.  Since touring with Steve Harvey and Tyler Perry, Danny has toured nearly all over the world performing tributes to Luther Vandross in places such as London, Manchester, and Birmingham England, Glasgow Scotland, Amsterdam Netherlands and South Africa.   Now he's here in Nashville.   Ladies and Gentlemen, performing a Tribute to Luther Vandross, please welcome....DANNY CLAY.