The Fabulous Equinox Orchestra
3rd and Lindsley
All Ages 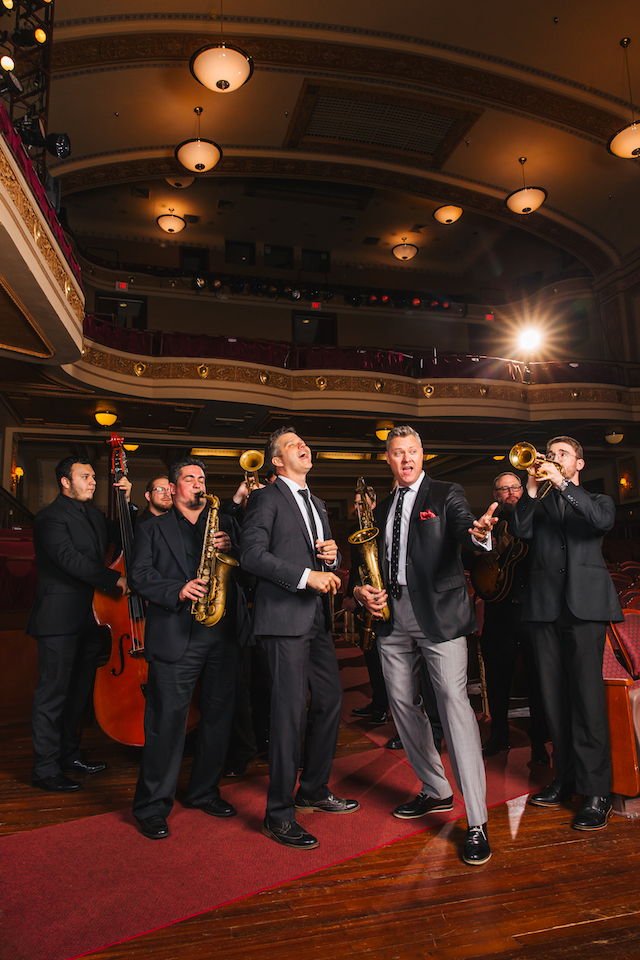 $15.00
A TRUE STORY: on the day Hurricane Katrina made landfall, jazz musician and big band leader Jeremy Davis moved his family from Louisiana to Savannah, GA, to continue pursuing his dream of making music for a living. His best friend since the seventh grade, Clay Johnson, made the same move from Baton Rouge, LA, shortly thereafter, and now these brothers from different mothers are performing together all over the country!
* Jeremy Davis has lead various bands on over 200 shows a year on the road before forming the Equinox Orchestra. Having been featured at festivals, theaters and venues all across the country, Jeremy has performed in conjunction with David Sanborn, Ellis Marsalis, The Allman Brothers, Gov’t Mule, The Beach Boys, Jennifer Holiday, Fred Wesley, Charice, Ellis Hall, Bill Watrous, Fred Wesley, Wycliffe Gordon, several American Idol alums and many, many more.
* Clay Johnson was raised in a family of preachers, teachers and Southern Gospel singers and was born to inspire and entertain. His passion for music performance has developed since childhood over thousands of concerts, musicals and shows on stages from L.A. to NYC, whether volunteering to sing at his children’s school, crooning for the senior citizens center, or singing at festivals, arenas, or sold-out theaters around the country.