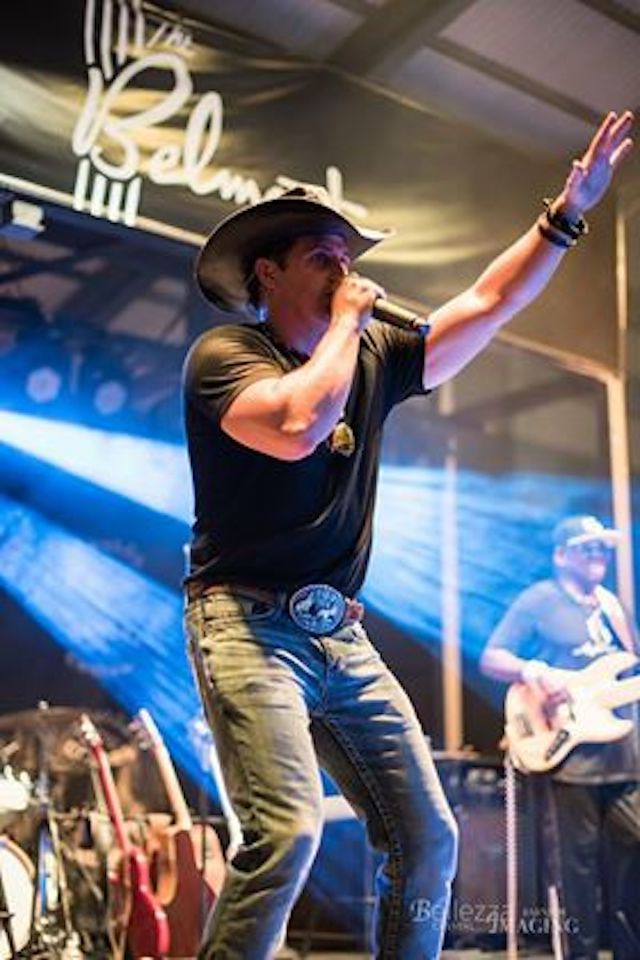 "Jake Gill and his band bring a raw energy and charisma to his original brand of country music.”
Growing up in Kansas, Jake Gill has fond memories of spending time with his
grandfather on the family farm. Listening to music was a huge part of that upbringing –
particularly on 1070 AM, the legendary frequency of radio powerhouse KFDI.
But, music had already taken a hold in Gill’s imagination long before that. “My dad was
a music teacher when I was young. I have photos of me in a bean bag chair while
listening to whatever he had playing on the record player. My mom tells the story of my
dad directing a band concert, and I was standing on her lap directing right along.”
Later in his formative musical years came a man who would become one of his biggest
musical influences – Garth Brooks. Gill says that changed everything. “Garth was on
the edge. There was a bit of controversy with him, because he was so new and so
different. He brought the honky tonk bar scene to a larger audience. That was
something I had never seen before. He wasn’t just a singer, he was and is a performer.”
Gill brings that raw energy and charisma to his brand new single, “Tailgate Tradition.”
Connecting with both radio listeners and fans that come to see him in concert is
important to him – regardless of what era or walk of life they come from.
“You can connect with someone and not even know it. It might be through one of your
songs, and they may relate to it in a way you never imagined. I like to make a physical
connection, through eye contact or pulling them out of the audience and sharing a
dance with them – whether it be an 80 year old or a 2-year old. I think that’s what really
drives me as a performer.”
Though Gill admits there is no place he would rather be today, his road to a musical
career began relatively later than most. He focused on studies in college, obtaining his
degree, and establishing his own chiropractic office in Hutchinson, Kansas. Jake had
done some performing around the area – namely at local Churches – but it wasn’t until
his early 30s that he considered giving music his all as a career.
Hard at work on his fourth album, Gill had a hand in either writing or co-writing every
song on each of his albums. He says that as a songwriter, he loves telling a story –
especially if it is his. “I like to write from experience – something I have lived through
myself.
As a performer, Gill qualifies as a “road warrior,” with a full slate of dates on his
schedule. He has also worked the stage with such musical heavyweights as Jake
Owen, Easton Corbin, and Chris Cagle. But, there’s one performer and stage that
stands head and shoulders above them all.
Make no mistake about it, Jake Gill is doing what he is meant to do, and he’s going to
take it as far as he can. “People tell me sometimes that I must be running with the
angels, because everything seems to just work out. A lot of that is true. I think I am
doing what God wants me to do. I also know that I work really hard. I’m a believer in
hard work. I think it pays off.”