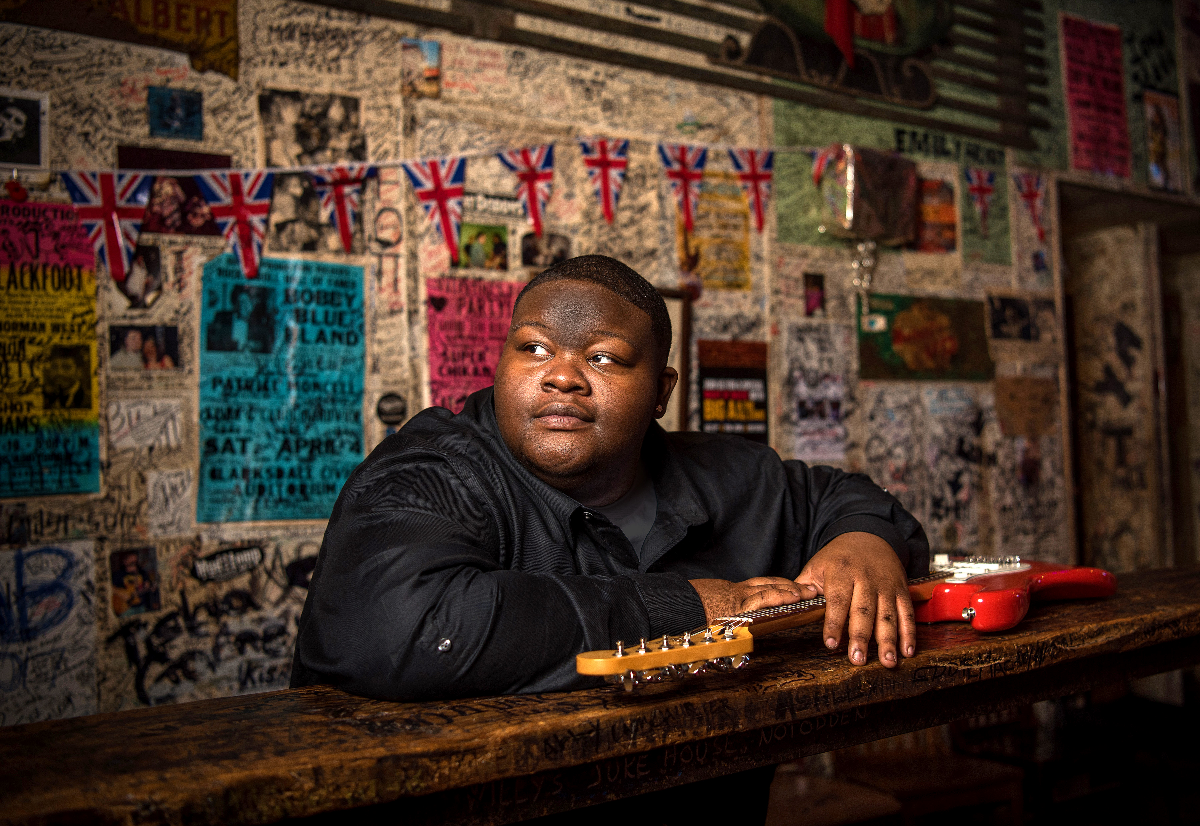 $10.00
"Is Christone "Kingfish" Ingram the future of the blues? The blues savior is one of the most exciting young guitarists in years, with a sound that encompasses B.B. King, Jimi Hendrix and Prince." - ROLLING STONE

"Kingfish is the next explosion of the blues." - BUDDY GUY

Once a generation, a blues artist comes along who not only reminds mainstream audiences how deeply satisfying and emotionally moving the best blues music can be, but shakes

the genre to its core. With both eyes on the future and the blues in his blood, 20-year-old guitarist, vocalist and songwriter Christone "King sh" Ingram is set to take the music world by storm with the long-awaited release of his debut album, KINGFISH, on Alligator Records. Sprung from the same earth as so many of the Delta blues masters, King sh comes bursting out of Clarksdale, Mississippi, just ten miles from the legendary crossroads of Highways 61 and 49. A student of the Delta's musical history, he is acutely aware of the musicians and the music that emerged from his corner of the world. "I do think I have an old soul, that I've been here before," he says. "I'm moving forward with one foot in the past."

"You don't see too many kids into blues music," says the nascent star. "In my town, every kid wants to be a rapper -- I wanted to do something no one else was doing." And although he grew up near the crossroads where Robert Johnson allegedly cut a deal with the devil, King sh insists he didn't do any of that to make his guitar howl the blues. "I just practice all the time," he says, "that's the only deal I made, and it's with myself."

Recorded in Nashville and produced by two-time Grammy winner Tom Hambridge (Buddy Guy, Susan Tedeschi, Joe Louis Walker), KINGFISH showcases Ingram's blistering, raw and inspired guitar playing, soulful, deep vocals and songwriting. He tells stories with his solos, channeling the spirits of all the past masters while the music he makes is his own. He co-wrote eight of the album's 12 tracks.