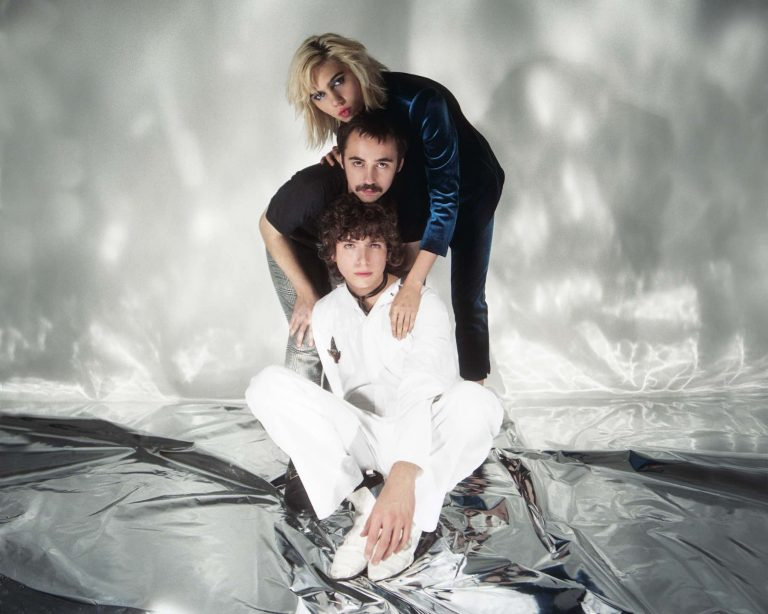 Sunflower Bean Set to Return with “Twentytwo in Blue,” a Second Album Made For Today

All three band members will in fact be 22 when Twentytwo in Blue is released in March of 2018, almost two years and two months after Sunflower Bean’s hazy, charming debut LP, Human Ceremony. They were two momentous years for the trio, who’ve now toured the world multiple times over on headlining stints and as support for indie rock essentials like DIIV, Best Coast, The Vaccines, Pixies and Wolf Alice.

If there was a ragged beauty in the gauzy, groovy wall of sound of Human Ceremony and its predecessor, the 2015 EP Show Me Your Seven Secrets, there’s a new directness to these songs, a product of the band’s growing maturity and the insanity of the times we’re in. Twentytwo in Blue is a record made by millennials in solidarity with their own-the most progressive, even revolutionary generation we’ve ever seen. Is it, sonically, a record that suits might call “more accessible”? It’s not hard to imagine the band picking up new disciples because of it. But while Sunflower Bean welcome anyone to the party, unlike our president they’re not concerned so much with the size of a crowd as with connecting with every person in it. “I think one word that always comes to mind when I think about this record is lovable,” says Cumming. “I think we all really want the record to be lovable. I want the songs to be something that someone can get attached to, and have be a part of them. Because that’s what I look for in songs myself, and that’s the kind of experience we want to give to others. It’s cherished by us, and we just want to share that with people, and communicate that with people.