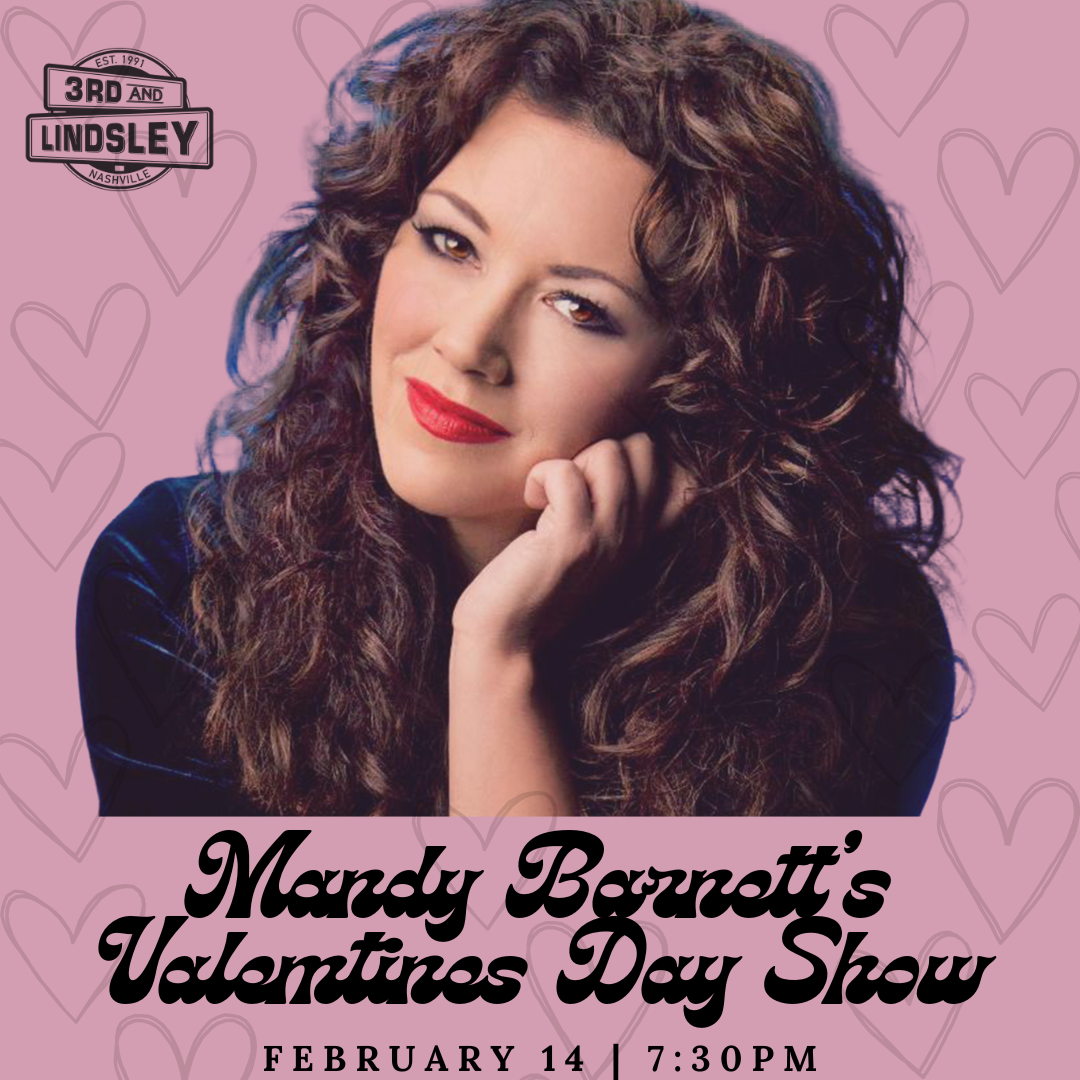 $20.00 - $150.00
Tickets
Grand Ole Opry member and acclaimed recording artist Mandy Barnett dazzles with her special Valentine’s Day show. Barnett’s celebration of music that touches the heart includes some of the most romantic classic country and pop standards ever written, along with songs from Barnetts’s own critically distinguished albums. Let this “torch singer in the grandest sense of the word” (Chicago Tribune) serenade you for the holiday with her version of flowers and candy—a sweet and sassy bouquet of great songs, passion, and cheer!
Called the “Nashville Sound Chanteuse” (Music Row) and “the Judy Garland of our time” (American Songwriter), Barnett has built a reputation for her commanding voice and unwavering devotion to standards in that sweet spot between country and pop. Barnett has enchanted listeners around the globe with her world-class vocals and musical chameleon qualities. A Tennessee Music Pathways historical marker in Barnett’s hometown honors her contributions in making Tennessee the “Soundtrack of America.”  Of this singer’s singer, songwriter’s dream, and audience favorite, renowned songwriter/artist Jimmy Webb states simply, “Mandy Barnett has a voice for the ages.”
Variety magazine named Barnett’s most recent project, Every Star Above, one of the best albums of 2021. Arranged by the late maestro Sammy Nestico, Every Star Above showcases the repertoire featured on Billie Holiday’s Lady In Satin. Barnett also duetted with Great American Songbook Ambassador Michael Feinstein on his 2022 Gershwin Country album. Of Barnett, Feinstein says, “Few singers have the gifts inhabiting the soul of Mandy Barnett. Her blessed voice connects to the truth of every note she sings. She’s simply one of my favorite voices.”
Barnett first gained national notice as the original star of the jukebox musical Always…Patsy Cline at Nashville’s famed Ryman Auditorium. She is the only actress to have played the role of Cline on the stage where Cline’s legend began. Her music has been featured in many major film and television soundtracks, including projects starring Clint Eastwood, Susan Sarandon, Tommy Lee Jones, Martin Sheen, Reese Witherspoon, Matthew Broderick, Sigourney Weaver, Ellen Burstyn, Bill Paxton, and SpongeBob SquarePants.
Among the many publications praising Barnett’s talents, the Los Angeles Times heralds her “pipes of steel,” “big voice, and vintage sounding arrangements.” Time, People, Billboard, Rolling Stone, and other major media have likewise extolled Barnett’s superlative vocals, “natural musicality” (People), and “vocal finesse” (New York Times). USA Today calls Barnett one of Nashville’s “finest classic country and torch singers.”