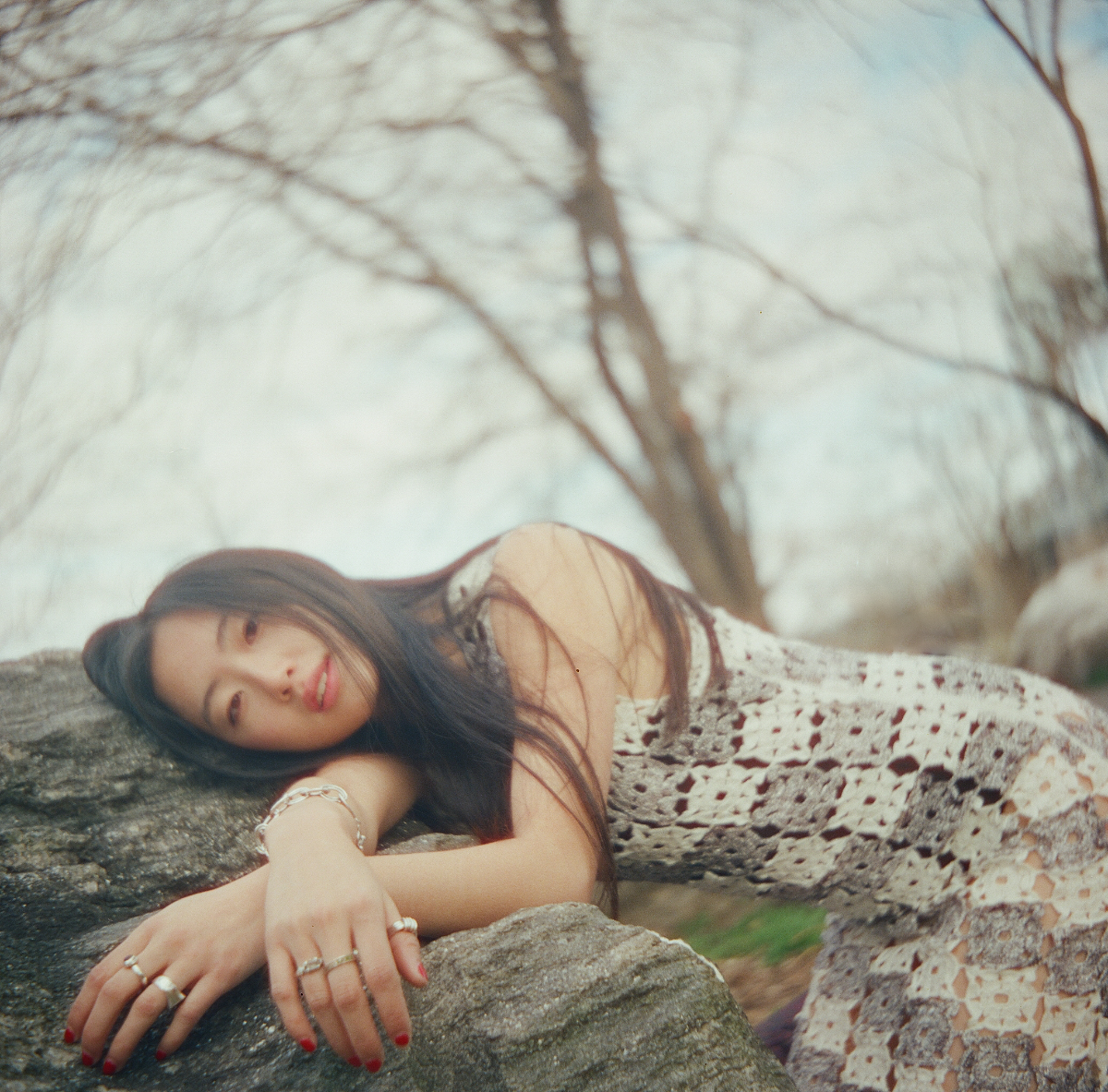 $18.00
New York's Sarah Kinsley doesn't need much to make a lot. A young but positively old-school musician in her approach, Sarah sculpts smart, era-less pop music and drops it into a very modern world. Her introductory recordings from the magnetic Karma to the cinematic Hills Of Fire, sound bold, bright and curiously fully formed. Glacial yet warm, flamboyant but intimate. Everything you hear is made by a collective team of one; from the layered instrumentation and sultry vocal, to the razor-sharp DIY production. Sarah is an independent bedroom-pop artist in its most literal sense (dreamt, composed and recorded within her student dorm), and is making light work of creating songs that burst at the seams with heart, melody and soul.

With two EPs to her name (The Fall EP and 2021's The King EP), Sarah has quickly accumulated a passionate young fanbase all swooning for these ethereal disco-kissed indie songs, pulsing in technicolour. Snippets of these songs and short self-filmed videos that pull back the curtain to document the song-writing process are regularly shared with a rapidly growing audience on social media. A time-lapse played out in real time of a bright young star being born.

Raised in Connecticut but studying at Columbia University in New York City, Sarah initially found solace in the sonic flamboyance of Kate Bush and the hushed directness of Joni Mitchell. You can find these influences referenced readily elsewhere, but Sarah takes these touchstones and makes something uniquely her own. A storyteller, a romantic, a realist and a dreamer.

And if the somewhat tawdry statement stands that only two percent of so-called 'women in music' are producers, and fewer still produce their own music, Sarah competently joins this unique stable of self-produced indie-minded pop artists, and let's hope she holds that door open for others.

Now, as she moves out of the bedroom and onto the stage, the songs are translating. Backed by a band, Sarah's already wowed SXSW in Texas, and sold out her debut headline show in New York. Hand-picked by NME and Amazon as one of their artists to watch for 2022, and picking up kind words much further afield, Sarah Kinsley is at a crossroads looking up.

A singular new talent for these strange, fascinating times.