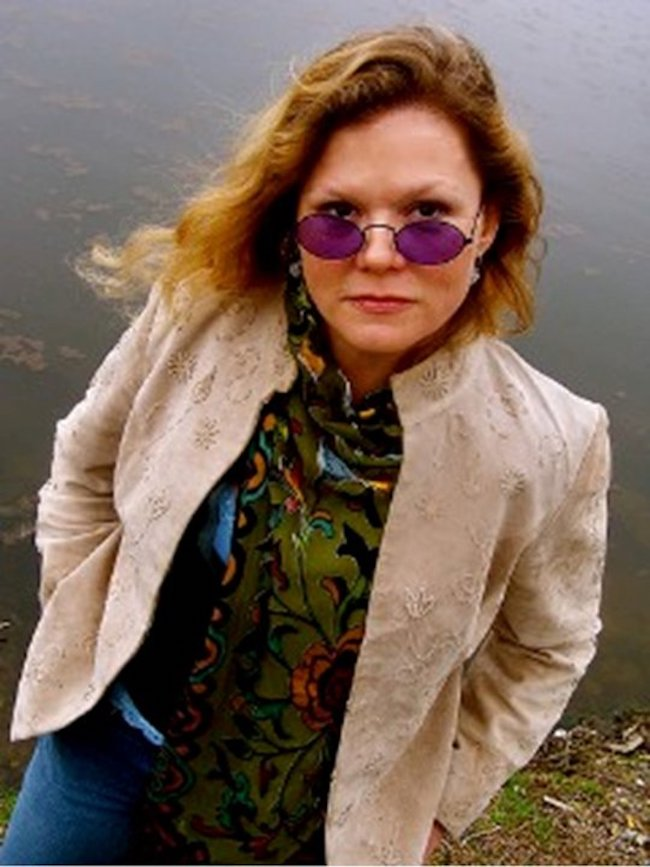 Jonell is as honest as they come, both in her personal life  and in her music, which is stunning in its raw power, scope and ability to take you places you've never been. She has
survived bad business breaks and regrettable timing. In addition to her four
official album releases, she has made three records that never came out
because of various hassles. But she's not about to give up her dream.

She may be a best-kept secret in some quarters, but if you believe in karma
and talent, then Jonell will have her day.  "I'm a hippie, honey, from way back,''

the Kentucky native says with a laugh while sitting in her instrument-filled home in
Nashville. "I'm not so much about thinking as about doing. And I'm not done
with this yet. I plan to be involved with (my career) more and more. I relish
that.  Jonell has a voice that can belt like Janis Joplin but also convey the
finesse of folk, jazz and Southern soul. She is a true musician's musician.
Her own records have been first-rate, but she has also been summoned to
sing backup studio vocals for the likes of B.B. King, Trisha Yearwood, Etta
James, Wynona (on the hit "No One Else on Earth''), Rodney Crowell, Vince
Gill, Waylon Jennings, Patty Smythe, A.J. Croce and Bruce Cockburn on his
popular "Last Night of the World.'' Not many artists can boast that kind of
respect. "For my whole career, I've gotten the question, 'Why aren't you a
bigger star?' '' Jonell says. "But I'm not the person to answer that question.
I've had the chance to do so many things, but it just hasn't been my time
yet.''

Rachel Pearl is a beautiful, Amazonian, fiery red music artist who helms Nashville as her home. Pearl’s singing and songwriting is a breath of fresh air to the Pop / EDM scene. She favors well-crafted pop hooks which she underlines with a mixture of jazzy affections, melodies and sharp wordplay. In 2018, Pearl collaborated with French DJ – Celestal, to release the EDM hit "Old School Romance" (Universal Music). The single features remixes from: Funkstar Deluxe, Mathleu Koss and Andy Sikorski to name a few. It was a dance floor anthem around the world and topped the charts in Italy. The song quickly became one of SHAZAM APP’s most searched records globally. In 2019, Pearl collaborated again with Celestal to release "Voodoo" (Twin Music) and it topped the charts in Poland.