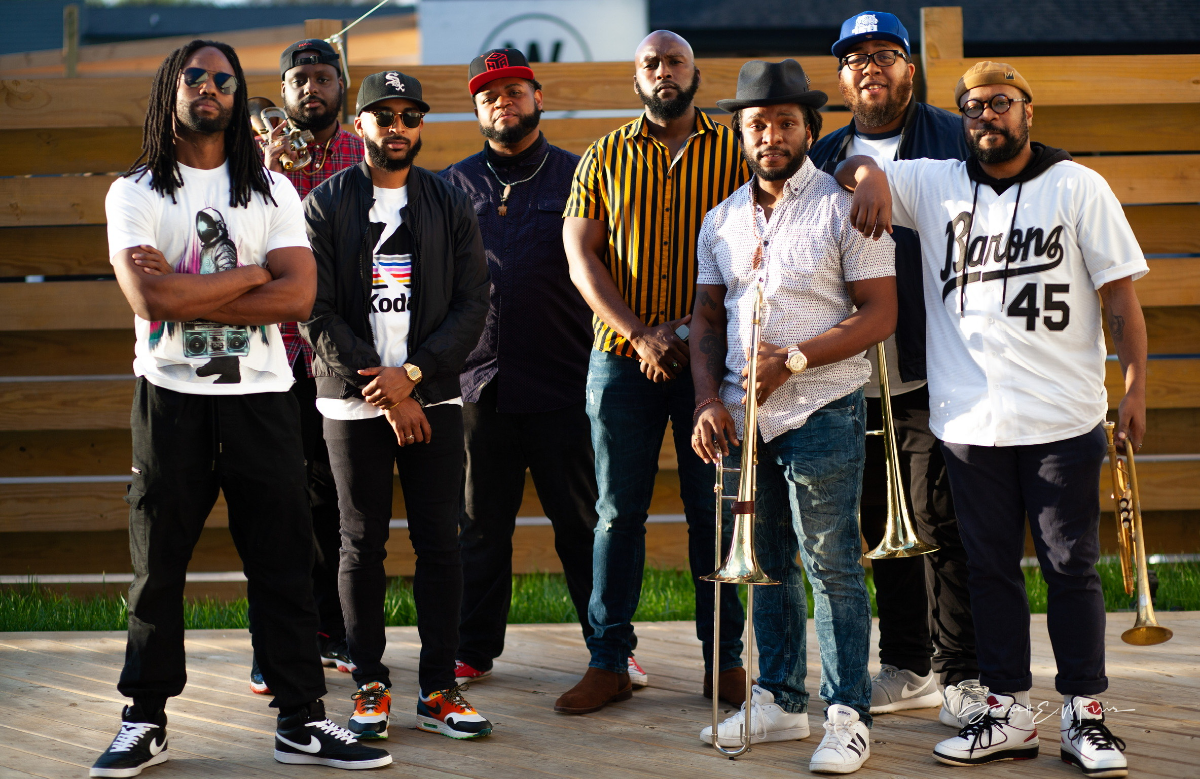 Brassville is a local Nashville band comprised of musicians from Tennessee State University and Howard University. This band was formed with the intention of bringing the visual of the brass band tradition typically seen in and around New Orleans to the Nashville area, but sonically there is nothing traditional about Brassville. Their "sexy funky" sound has afforded them to lend their talents to multiple venues such as Exit/In, ACME Feed & Seed, The Local Distro, Slim & Husky's NKA Gallery and more. They've had features in publications such as Nashville Scene, Urbaanite, and NPR-WPLN. They have recorded with world renown artists and producers such as, J. Jackson, Ron Gilmore, and Ski Beats, and collaborated with Nashville hip hop legends Brian Brown and Starlito. For any information on future events you can find Brassville on Instagram @Brassville and Twitter @BrassvilleBand.