Please ensure Javascript is enabled for purposes of website accessibility
The Reception : Joe Robinson & Friends
3rd and Lindsley
All Ages 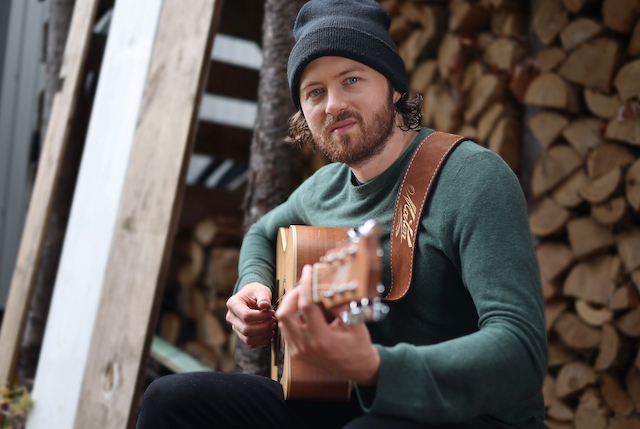 Joe Robinson is a true force in the pantheon of exceptional artists in modern music. He has joined an exclusive group of elite performers whose impact continues to shape our unique American musical culture. With his popularity continuing to rise, Robinson has earned a reputation as one of the world’s great guitar players and a brilliant singer/songwriter. His fluid and inimitable style has delighted audiences around the world, garnering high praise and prestigious awards from the international music community.

Robinson was voted “Best New Talent” in the Guitar Player Readers’ Poll and his talents were further recognized by Guitar Player magazine as part of a cover story entitled “Youthquake: Ten Mind Blowing Young Guitarists.” In the article, Guitar Player has called Robinson “equally mind-blowing as an acoustic fingerpicker and electric soloist…his YouTube videos display an astounding combination of taste, speed, cagey phrasing, and a clear, articulate, and sparking tone.”

Born and raised into a musical family in the Australian bush, Robinson began playing guitar when he was just nine years old, eagerly exploring the Internet to expand and deepen his craft. At the age of 13 he won the Australian National Songwriting Competition, and at 15 released his first collection of original material. A monumental achievement followed when he won first place on the “Australia’s Got Talent” television show, aged 16. It came with a $250,000 grand prize. By his eighteenth birthday Robinson had played more than 1,000 shows, and by the time he celebrated his twenty-fourth he had played over 2,000, an incredible total number of performances logged in a comparatively brief professional career. He has developed a worldwide touring career, performing across the U.S., Canada, Europe, Japan, China, and his native Australia.

His live “one man” acoustic/electric show is an energetic display of virtuosity and witty, finely-crafted lyrics delivered with his personable Aussie charisma — he has songs inspired by George Carlin, Al Capone, a person he once picked up hitchhiking — and tells stories of performing in a California prison and growing up in a rustic farmhouse in backwoods Temagog, NSW (pop. 200).

Robinson has released five solo albums, including Borders (2020) and Undertones (2019), to great acclaim. As is the case with many highly artistic people during the COVID-19 pandemic lock-down, Robinson utilized his time to write, record and produce an emotional ‘lockdown’ album, titled Borders.  He also launched a livestream concert series ‘Live From Home’ which has ranked in the top 10 Pollstar livestream charts several times in 2020 and 2021.