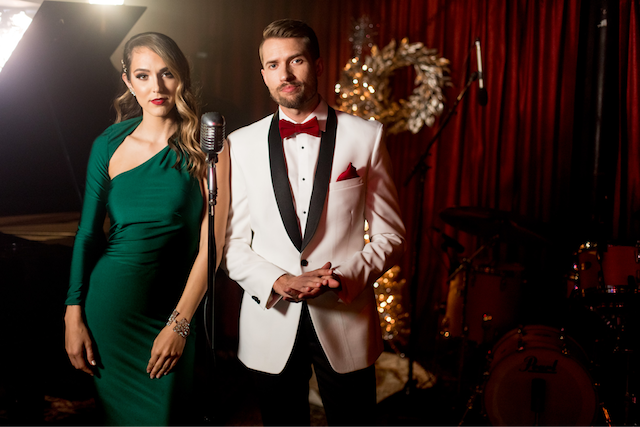 $18.00
Tickets
SmithField was founded in 2011 with a dream as big as their home state of Texas. Comprised of vocalists Trey Smith and Jennifer Fielder, SmithField took the stage by storm with their memorable music and stunning harmonies. Having grown up together, their on-stage chemistry is undeniably genuine and natural.

Country duos are a unique breed in the music industry. Two voices have to blend perfectly together, and that combination is often hard to find, even in two great singers. Against all odds, the duo has continued to persevere with their music and develop their sound, and found that with a lot hard work and passion that anything can be accomplished. SmithField has already landed opening gigs for established artists including Kane Brown, Scotty McCreery, Granger Smith, Dustin Lynch, Brothers Osborne and Old Dominion.

Mixing the heavily rock influenced background of Trey and the classical country tendency of Jennifer, SmithField creates a contemporary country sound that's different and compelling.
​
Their critically-acclaimed single “Hey Whiskey” garnered rave reviews and was the song that caught the eye of not only Sirius XM and CMT but it put them on several “Artists To Watch” lists including People, Billboard, Huffington Post and Rolling Stone among others. Rolling Stone included “Hey Whiskey” as one of the “Best Country/Americana Songs” in their picks of the week and the Grand Ole Opryinvited them to make their Opry debut and CMTchampioned the duo including them in their Artist Discovery Program to name a few.
​
Smithfield is proving to be the hottest emerging duo in country music. You can find their brand new Christmas song “Christmas Was Here” available now on all platforms.