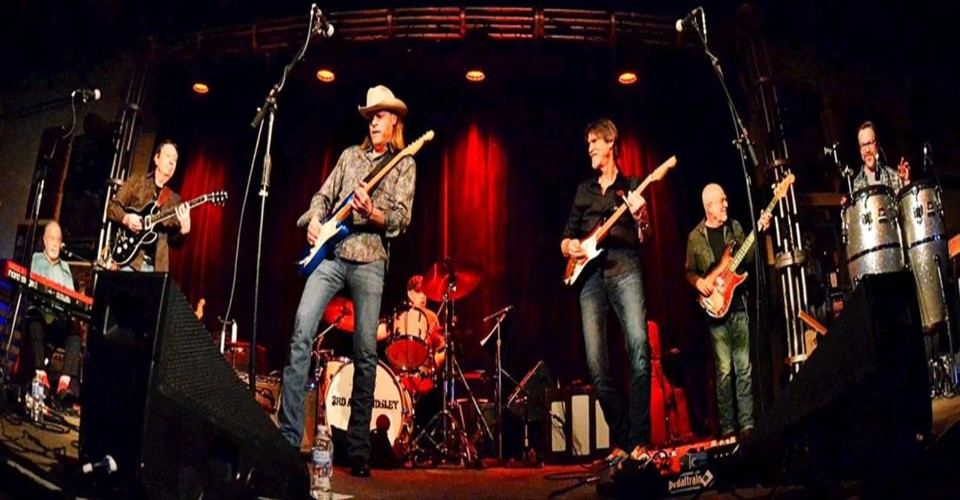 Big Shoes is a Nashville TN based "progressive" Blues/ Roots band who incorporate traditional influences like B.B King and Ray Charles along with tastes of The Allman Brothers' Band, Bonnie Raitt and the  Neville Brothers into their originals/cover song format. Big Shoes originally formed as a"tribute project" to recreate the early music of the iconic band Little Feat. It became clear early on that there were some very fine writers in Big Shoes and thus began a fun and impressive journey that culminated in the release of their first  album, "Shoes Blues" and most recently the critically acclaimed "Step On It!" album, released in 2018.

Big Shoes members have played and recorded with Bonnie Raitt, Van  Morrison, Delbert McClinton, Taj Mahal, Etta James, Bobby Blue Bland  and many other great artists. Keyboardist, Mark T. Jordan was a band member on the Van Morrison classis album "Tupelo Honey", Bonnie Raitt's "Road Tested" live CD and scores of other albums that can only be classified as "music history.' Guitarist Will McFarlane has  contributed to albums by Levon Helm, Joss Stone, Bonnie Raitt and Bobby  "Blue" Bland. Will resides in Muscle Shoals, AL and is in constant demand with the Muscle Shoals rhythm section, aka, "The Swampers." Big  Shoes lead singer, Rick Huckaby is an "in demand" session singer on  Nashville's Music Row after being on the Warner Brothers, Nashville artist roster for 4 years. The credentials go on and on for the members of Big Shoes. As amazing as the individual talents are this is truly a case where the sum of the parts is even greater than the whole.