The Daybreaks with Volunteer, Jude Smith
3rd and Lindsley
All Ages 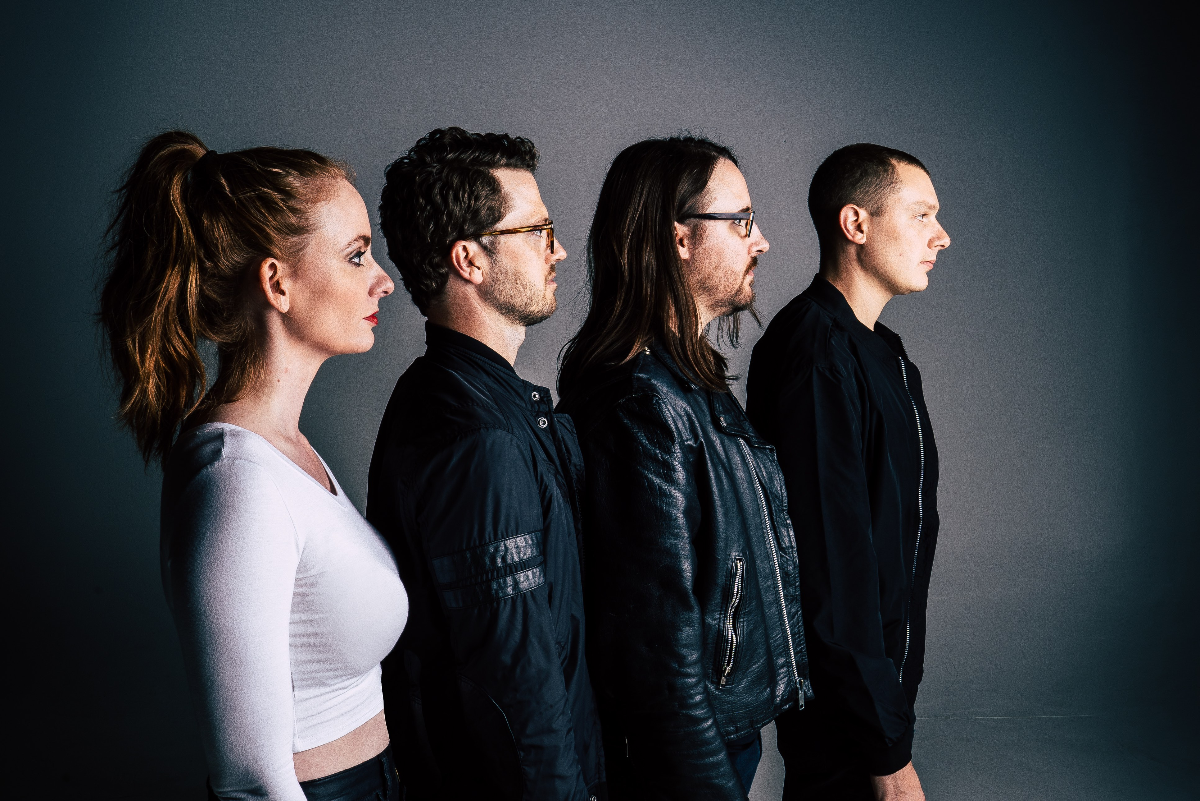 The Daybreaks formation in 2015, comprised of Kaleb Jones (guitar/vocals), Heather Bond (keytar/vocals), Bobby Holland (guitars/vocals/keys/co-producer), and Adam Bokesch (drums/co-producer), was meant to be but another co-writing collaboration in Nashville from members of different bands and with solo projects coming together to make something different and honestly fun.

Kaleb Jones comes from a successful a cappella career with his group, Street Corner Symphony (NBC's The Sing-Off) and a successful solo career. Heather Bond has enjoyed success also a solo performer and collaborator with peers such as Victor Krauss and Larry Klein and touring in Europe. Adam Bokesch's solo music has appeared on ads for ESPN and TV commercials during the Winter Olympics. Bobby Holland enjoys a prolific producer career recently being Grammy-nominated for his work on Kesha's album, Rainbow, along with credits producing and engineering albums for ZZ Ward, Maggie Rose, Sean McConnell, Vaudeville Smash, Them Vibes and more.

Since that first writing and recording session The Daybreaks have enjoyed success with two full-length, independent releases and acclaimed as “Nashville’s next supergroup” by local, independent radio station Lightning 100, as well as earning high praise from the Huffington Post, Paste Magazine, Billboard and PopMatters among others. They’ve earned spots early on in their career at Live On The Green, Musicians Corner, SXSW, The Nash Spring Bash, Fire On The Water music festivals among others, and were recently selected by Southwest Airlines to represent Nashville for their Artist on the Rise residency program and perform a Live at 35 session.

Their 2017 debut album, Find Me At The End of the World, was an exploration into their retro, synth sound that found them reaching for something more exciting at the end of it. Hungry for more, they soon after released their 2018 sophomore album, The Idea of You, in an inspired exploration of cinematic retro-pop, showcasing confident, perfectly blended vocal harmonies floating over a shimmering electro canvas.

Through their last two albums, The Daybreaks modernized Tears for Fears' keyboard driven rock and the melodicism of late 70’s Fleetwood Mac, offering a sonically ambitious, nostalgic, and hauntingly beautiful synth-pop soundtrack. Since then they've honed their sound into a further refined retro synth pop rock sound that pours out of the new singles they will be releasing throughout 2020.

In the last few years the band has been growing their fanbase throughout the midwest by touring in clubs, concert series and festivals to thousands of fans begging for return plays. 2020 will set The Daybreaks on track to launch an ambitious year of touring and releasing music poised for their next phase.