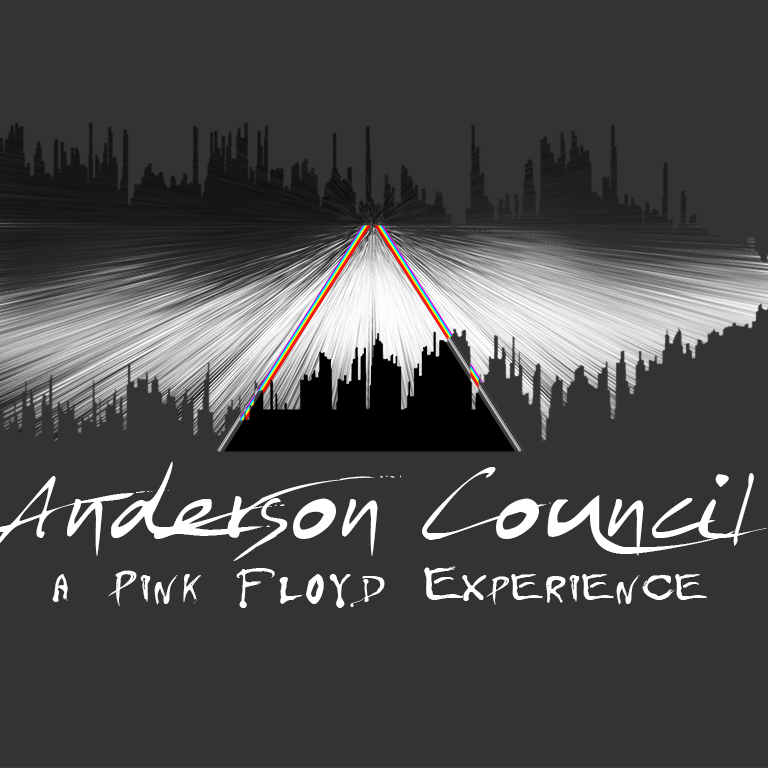 $10.00
ANDERSON COUNCIL TO PERFORM PINK FLOYD'S "THE WALL" IN ITS ENTIRETY AY THIRD AND LINDSLEY ON JANUARY 23, 2020
Anderson Council formed in 2018 out of the ashes of the Pink Floyd Appreciation Society. Members of each project have been performing Pink Floyd music since 2004. This is a group of people dedicated to celebrating the work, life, and legions of fans of Pink Floyd. It is with this sense of community that Anderson Council flowed throughout the years and continues to journey.

Anderson Council formed within the concept of the society as the focal point for members to rally around. Over the years there have been several incarnations of the band. At one point life took over and everyone went for a walk about. Nothing like Syds walk about but significant for Anderson Council none-the-less.

In 2018 the flame was reignited with several of the original members and it was decided to have another go. During this period, a lot of rehearsals were had and shows were played. But, over the next couple of years the band went through another series of line-up changes until settling on the current line up.

This line up, consisting of Chaz (Mother Pig) Howard, Erik Hellerman, John Hedgefield, Matt Reno and Wade Hachler has been developing the show over the last several years. By focusing on performing the music with extreme detail while still allowing the music to breathe, and striving to deliver the best stage show possible, PFAS has hit upon a collaboration of musicians, crew and technologies that delight audiences at every show.

The Anderson Council catalog ranges across Pink Floyd's reign as the premier psychedelic rock experience covering material from Meddle, Wish You Were Here, Animals and Dark Side Of The Moon  as well as the complete Wall album.

Anderson Council is currently booked for several dates this year and are putting the finishing touches on the complete The Wall project in anticipation of the 40th anniversary of its release.