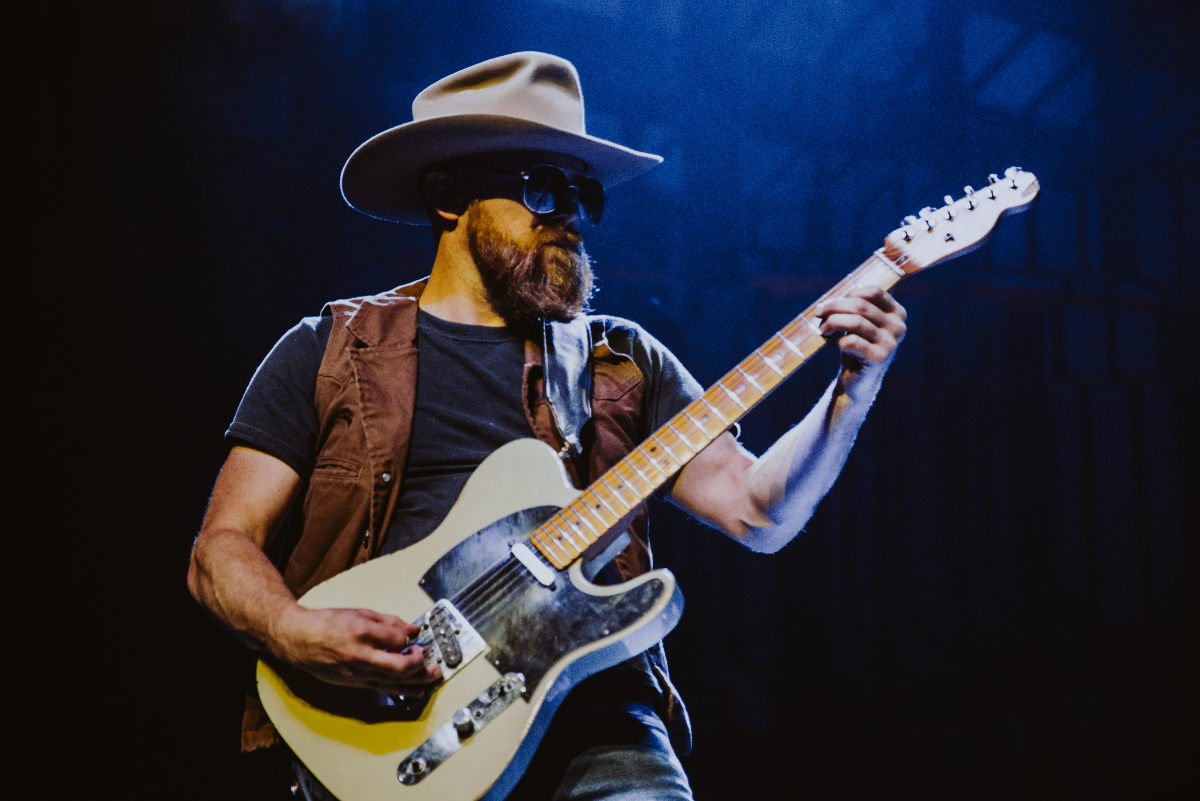 The Steel Woods’ sophomore Thirty Tigers album,Old News, represents a creative leap for the southern roots rock songwriting team of Alabama native Wes Bayliss and his North Carolina partner Jason “Rowdy” Cope, who completed their first recordings barely months after they first met. Recorded in Asheville, NC at Echo Mountain Studios, the site of an old church during a six-day break in a hectic touring schedule, the new double-vinyl disc features more original songs and, for the first time, the whole band participated – including the rhythm section of bassist Johnny Stanton and drummer Jay Tooke – playing in a single room, cutting the tracks virtually live. “We really hone in on what we do, our strengths as a band, establishing a musical identity,” explains Wes about their latest effort. “The first album, we were still figuring out our sound, so what came out, came out. This time, we had a premeditated blueprint, a real plan.” The songwriting partnership between Bayliss and Cope continues to grow, mature and blossom. “Over time, you find out a person’s strengths and weaknesses, and it just happened to turn out his strengths are my weaknesses, and vice versa.” Part Lynyrd Skynyrd, Allman Brothers, dual-guitar southern blues-rock with elements of R&B, country, bluegrass, gospel, blues, folk and metal, the descriptively named, Nashville-based band deepens its resolve on a theme-driven album that joins the mystery train of the past with the full-speed loco-motion of the present, seeking to bring people together with the universality of music. Conceptually and musically, Old Newsdelivers a set of songs at once eternal with lyrics wrenched from today’s headlines, featuring mythic reverberations and social critiques to boot. The album mourns an idealized past but isn’t afraid to point the way to a better future that enlists the best of both worlds. Like The Steel Woods’ previous release, death and mortality make their chilling presence felt, whether it’s in the collection’s cemetery-placed set piece, “Rock That Says My Name,” whose theme is classic Shelley – “Ozymandias, look upon ye works and despair” – or the vintage bluegrass country of “Anna Lee,” the culmination of a murder trilogy begun with “Della Jane’s Heart” on the last album and ending with the Neil Young/Crazy Horse-ish instrumental, “Red River (The Fall of Jimmy Sutherland).” That preoccupation spills over into an idiosyncratic cover of Townes Van Zandt’s “The Catfish Song,” and a special four-song epilogue that includes faithful tributes to artists who have passed away - Tom Petty (“Southern Accent”), Merle Haggard (the prescient “Are The Good Times Really Over”), Gregg Allman (“Whipping Post” as funeral dirge) and Alabama singer/songwriter Wayne Mills (the meditation on mortality, “One of These Days”). Just as on Straw in the Wind, there’s a Black Sabbath cover, this time a take on “Changes” that transforms the song into a smooth Memphis-style Al Green soul croon, a nod to the cover by the late Charles Bradley.