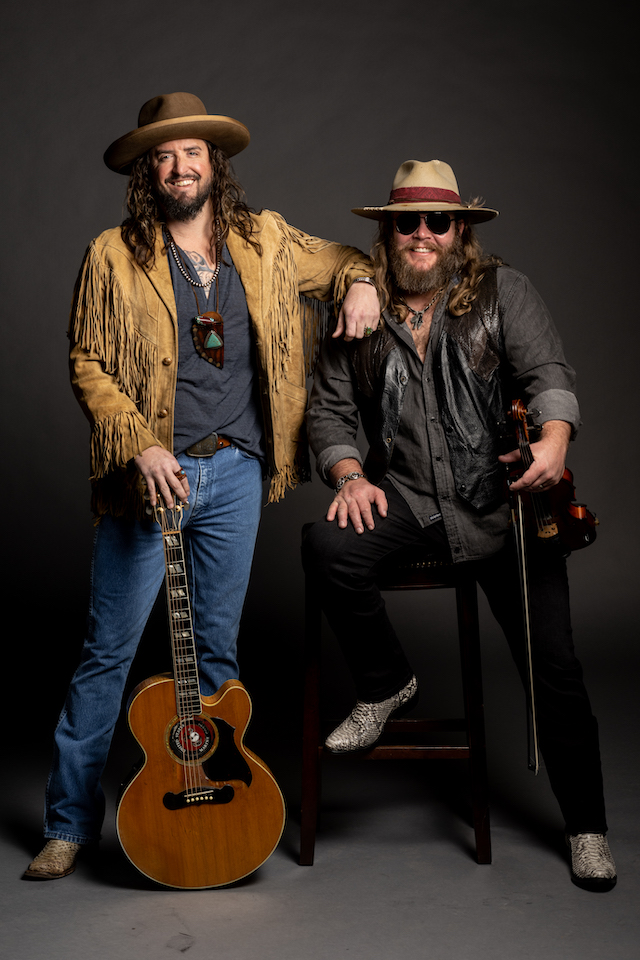 War Hippies, Scooter Brown and Donnie Reis, met during downtime while home in Nashville at the end of 2021, connecting on music and their history as combat veterans. Shortly afterward, the pair casually played a charity concert for the first time together at the renowned 3rd and Lindsley venue. During the set Scooter stated, “We’re just a couple of War Hippies,” explaining, they’re both warriors willing to do what it takes to protect our freedoms but who also pray for peace and love. They decided to start the new project, War Hippies, together as a duo and hit the ground running in 2022, releasing two singles, a full album, and going on tour with Travis Tritt.

Scott Brown is a decorated US Marine Combat Veteran who served in Iraq in 2003 as a Scout with First Light Armored Recon Battalion. He was the assistant chief Scout for Alpha Company, along with section leader, squad leader and team leader.

Donnie Reis is a decorated US Army Combat Veteran who served with the 216th Engineer Battalion under the 1st Infantry Division during OIF from 2004-2005. He was a prodigy violinist who gave up his full scholarship to Miami University to join the United States Army in 2001.