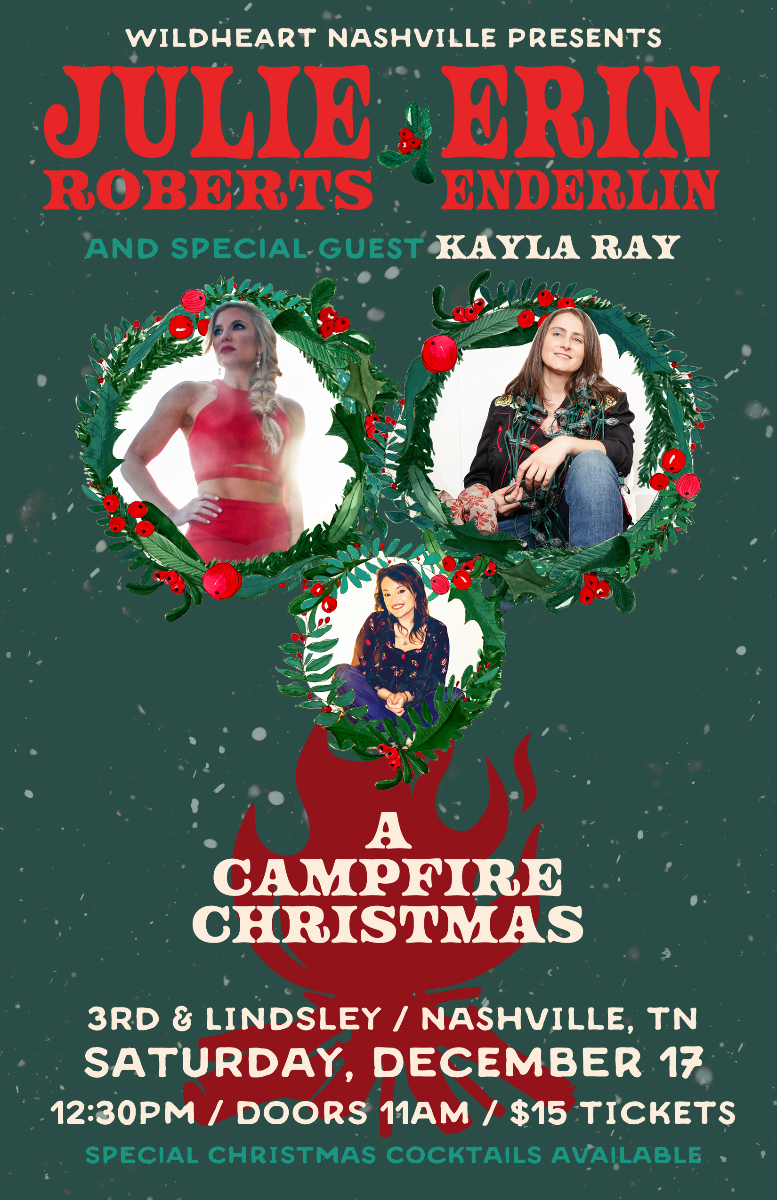 We will be celebrating with a Special Christmas Cocktail, Some of your favorite Country Christmas Songs and original non holiday music.

Julie Roberts: Over 1 million records sold. She has been featured in Rolling Stone. The New York Times, USA Today, Country Weekly, Vanity Fair and Glamour. Has shared the stage with Rascal Flatts, Reba McEntire, Alan Jackson, and Keith Urban, as well as headlining her own shows. Musical guest on the Tonight Show three times. Nominated twice by the Academy of Country Music for Top New Female Artist, nominated by the Country Music Association for the Horizon Award for top new artist, and nominated at the Country Music Television (CMT) Awards for Breakthrough Artist of the Year

Erin Enderlin: Named a member of the 2018 CMT Next Women of Country, Named Arkansas Country Music Awards Songwriter and Album of the Year, and runner up to Jason Isbell in the Best Singer-Songwriter field in the Nashville Scene’s Best of Nashville Issue. Her songs have been recorded by Alan Jackson, Lee Ann Womack, Luke Bryan, Randy Travis, Terri Clark and Reba. She also has a critically acclaimed record out called “Whiskeytown Crier”

From honky tonk dance tempos, to sit you down and contemplate life ballads, Kayla Ray’s music does not disappoint. Her feverish reverence to country music, an indisputable work ethic, stoic beauty, and massive personality, make Kayla Ray an embodiment of what country music should be.