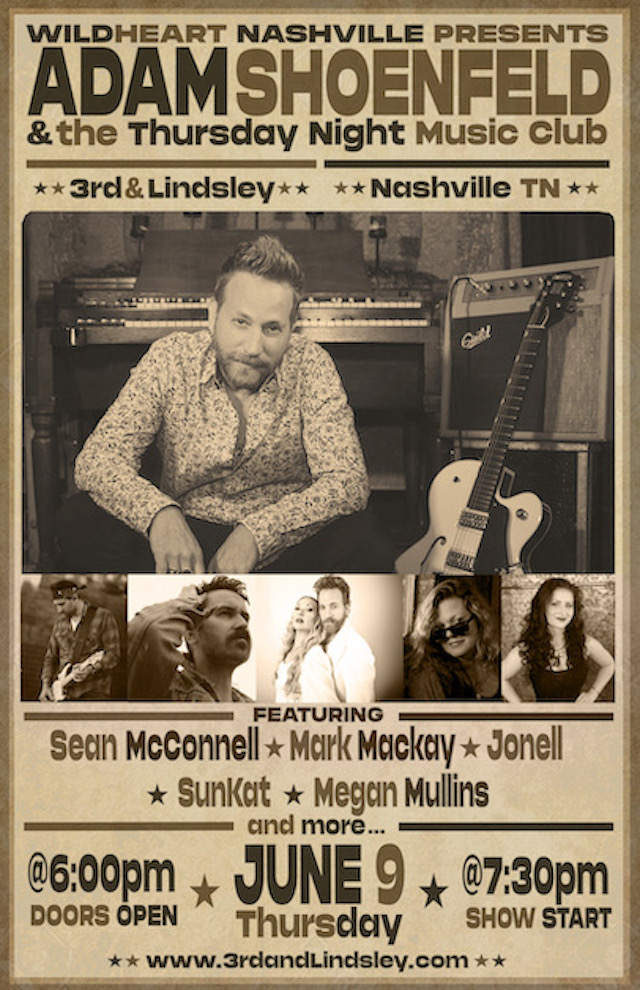 With the same rock ‘n’ roll spirit he carries to country music, Nashville guitarist Adam Shoenfeld shows a more personal side of himself on his first-ever solo album, All the Birds Sing, which he produced with his wife, Katie Cook. For the last nine years, Shoenfeld has balanced studio session work with a spot in Tim McGraw’s touring band. A seven-time nominee for the Academy of Country Music’s Guitar Player of the Year, he has recorded with Jason Aldean, Luke Bryan, and Florida Georgia Line, to name a few. He has played guitar on over 45 number one songs and his songwriting credits include Faith Hill’s No. 1 hit, “Mississippi Girl.”

Come join him and some of his amazing friends for The Thursday Night Music Club featuring Sean McConnell, Jonell, Mark Mackay and don’t be surprised if some special guests join him on stage possibly taking it back to the Luvj0i days.