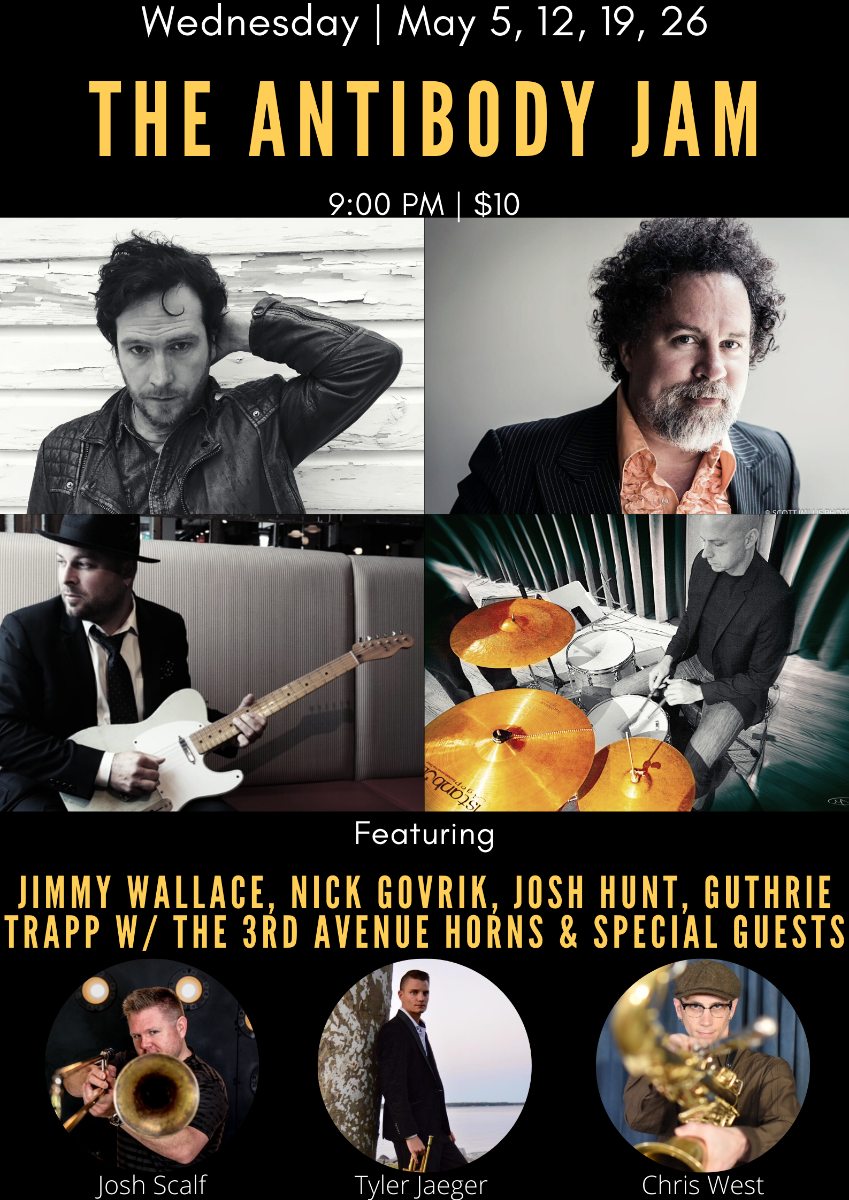 Jimmy Wallace is a multi-talented, dynamic and seasoned musician, songwriter, and artist. This Nashville based, Louisiana native has a wide musical pallet. Classically trained on piano beginning at the age of 8, Wallace became inspired and influenced by the soulful music and sound of many great Rhythm and Blues, Motown players including Billy Preston, Stevie Wonder, Ray Charles to name a few.

Nick Govrik aka “Nicky G” is best known as the primary songwriter, bassist and vocalist for the country soul, rock ’n roll outfit, Trigger Hippy. He has played alongside some of the most notable of jamband musicians, including Derek Trucks, Col. Bruce Hampton, members of Widespread Panic and countless others.

Josh Hunt Since moving to Nashville in 2009 Josh has been one of the most in-demand jazz drummers in the city, appearing with virtually every major jazz artist and band. He has toured with Alison Krauss and Union Station and is a member of the Jerry Douglas band.

Guthrie Trapp is one of Nashville’s preeminent guitar talents. Trapp is at home with all styles of music and is a naturally soulful and energetic player. He shines as a solo artist, session and touring musician as well as educator.

Chris West has been performing, composing/arranging, and  teaching since 1998. An accomplished saxophonist/woodwindist, West has been working  as a freelance musician, as well as touring internationally with several groups for over 20  years. West holds a Bachelor’s degree in Commercial Music Performance/Composition,  and a Master’s degree in Jazz Studies. He also leads and composes for an 11 piece  funky-jazz ensemble called the JunkYard Horns.

Josh Scalf Originally hailing from the gulf coast of Florida, Nashville based Trombonist and Bass Trombonist has performed and recorded with countless acts and bands across the United States, as well as throughout Canada, the Caribbean and Europe.  While living in Nashville, Josh has recorded for several major motion picture and video game soundtracks as well worked live, on televised events, and/or recorded with many musical groups, performers, shows, and personalities. Josh continues to record and perform around Nashville and North America.

Tyler Jaeger is a professional trumpet player and educator from Nashville, Tennessee. Tyler has been a member of the United States Army since 2011 and will be finishing his service in 2021. Tyler has performed and recorded in the United State, Europe and Asia with artists such as Delbert Mclinton, Judah and the Lion, Frankie Valli and the Four Seasons and Kari Jobe. He maintains a successful private trumpet studio in Nashville and is a frequent guest jazz clinician at high schools and colleges.