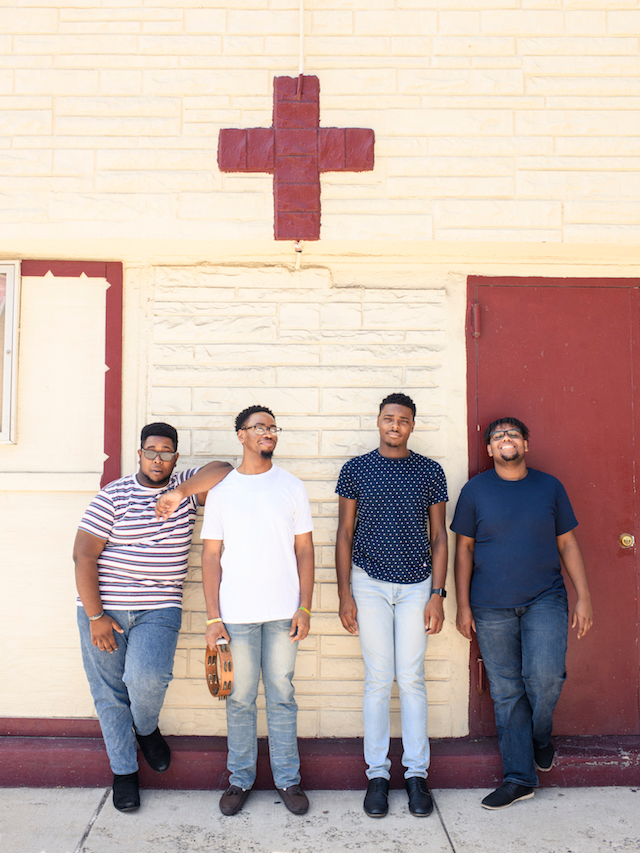 The Harlem Gospel Travelers are not actually from Harlem. They came to Harlem from far-flung corners of the five boroughs of New York City, and it was in Harlem, that legendary center of African American culture, that they found their voices. As students of the music education program Gospel For Teens, Ifedayo Thomas Gatling, Asher Bethune, Dennis Bailey and George Marage spent many hours on the subway or the bus to ultimately end up at an unassuming brownstone on W. 126th St. They walked through the red door at the parlor level and inside they found a world of music. Gospel music.

Gospel For Teens was born in 2006 when writer, producer and radio personality Vy Higginsen saw a distinct piece missing from her daughter’s musical education. She felt that African American youth were not being taught the importance of their musical heritage and especially the importance of gospel and its influence on contemporary music. Never one to sit around and complain, she turned her family’s Harlem brownstone into a school for gospel music, recruiting teenagers by word-of-mouth and through church bulletins to come and see for themselves what it was all about. Since then Gospel For Teens has grown to be a highly respected and influential source of education and self-development for underserved youth from around the New York area and it has been featured on 60 Minutesand in The New York Times. The program initially focused only on choirs and the large group sound that has been dominant in gospel music since the 1970s. But that changed when Eli “Paperboy” Reed walked through the red door in 2013.

A chance set of circumstances led Reed to Harlem and to Higginsen, but they immediately hit it off. A singer, songwriter and recording artist then signed to Warner Bros. Records, Reed had been obsessed with gospel music from an early age, but it wasn’t the choirs that interested in him, it was the small groups and the quartets. Higginsen had been looking to do something within her program that was specifically designed for young African American men and boys, who she describes as an “endangered species.” The soloists in Gospel choirs are often female with the men relegated to singing tenor and baritone background parts. In “quartet” music (quartet is in quotes because many groups have up to seven members), however, men sing all the voices, from bass all the way up to falsetto. Some of the greatest male singers of the 20th century including Sam Cooke and Wilson Pickett emerged out of the gospel quartet tradition.

Reed and Higginsen devised a plan to start a quartet from within the ranks of the current Gospel For Teens students. Initially a trial summer program, the quartet class quickly became a semester long, with Reed scheduling his own tours and recording sessions around the Gospel For Teens calendar. The students who had already auditioned for GFT auditioned again for Reed and Higginsen, to be admitted into the quartet. Reed devised a curriculum that focused on the masters: The Soul Stirrers, The Swan Silvertones, The Violinaires and The Swanee Quintet and these young men, really boys at the time, soaked it all in.