Alyssa Bonagura with Emily Hackett
3rd and Lindsley
All Ages 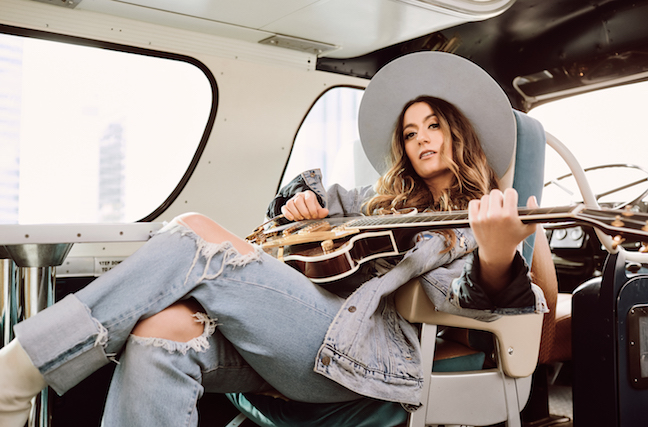 It’s been 5 years since Alyssa Bonagura took the stage at a sold out 3rd and Lindsley show as a solo artist. After the last few years touring around the world, she’s making her solo comeback on June 4th in Nashville, TN where it all began.

Born and raised in Nashville, Alyssa is a multi-instrumentalist, producer and songwriter that is no stranger to the music business. Growing up on a tour bus with her country music parents, Kathie Baillie & Michael Bonagura of RCA recording artists Baillie & The Boys, she started singing at the age of 2, recorded a duet with Kenny Rogersat 11, and got her first 50 date tour opening for Marty Stuart at age 16. After graduating high school, Alyssa received a scholarship from Sennheiser to attend Sir Paul McCartney’s Liverpool Institute for the Performing Arts in England where she received her diploma in sound technology and music production from Sir Paul himself. During her 3 years abroad, she started recording her own music and making waves through the British music scene landing opening slots for Ringo Starr, The WHO, performing at The Queens Royal Variety show, Glastonbury Festival and a UK theater tour opening for Raul Malo of The Mavericks.

Her song “I Make My Own Sunshine” was featured in a 2012 Nationwide Lowe’s Commercial, and was later cut by Steven Tyler on his #1 billboard country solo album “We’re All Somebody From Somewhere” & her album “Road Less Traveled” was one of iTunes top albums of 2016.

A brief stint in The Sisterhood Band with Ruby Stewart on Sony Records Nashville took Alyssa around the globe opening for the likes of Steven Tyler, Gary Clark Jr., Sheryl Crow, Toby Keith, and Sir Rod Stewart. Self producing their major label record, which included country radio crowd pleaser “Get Up & Go,” the duo was named one of Nashville’s top powerhouse female bands.

Alyssa is making her solo comeback this year with music she recorded during the 2020 quarantine in her home studio of Franklin, TN. The first song release is set for July of 2021. Get tickets to the show on June 4th to hear them all.