NOTES for HOPE: Benefit Concert for Kelly Memeo Featuring Hot Action Cop, the Caldwells, the Lynns, and more
3rd and Lindsley
All Ages 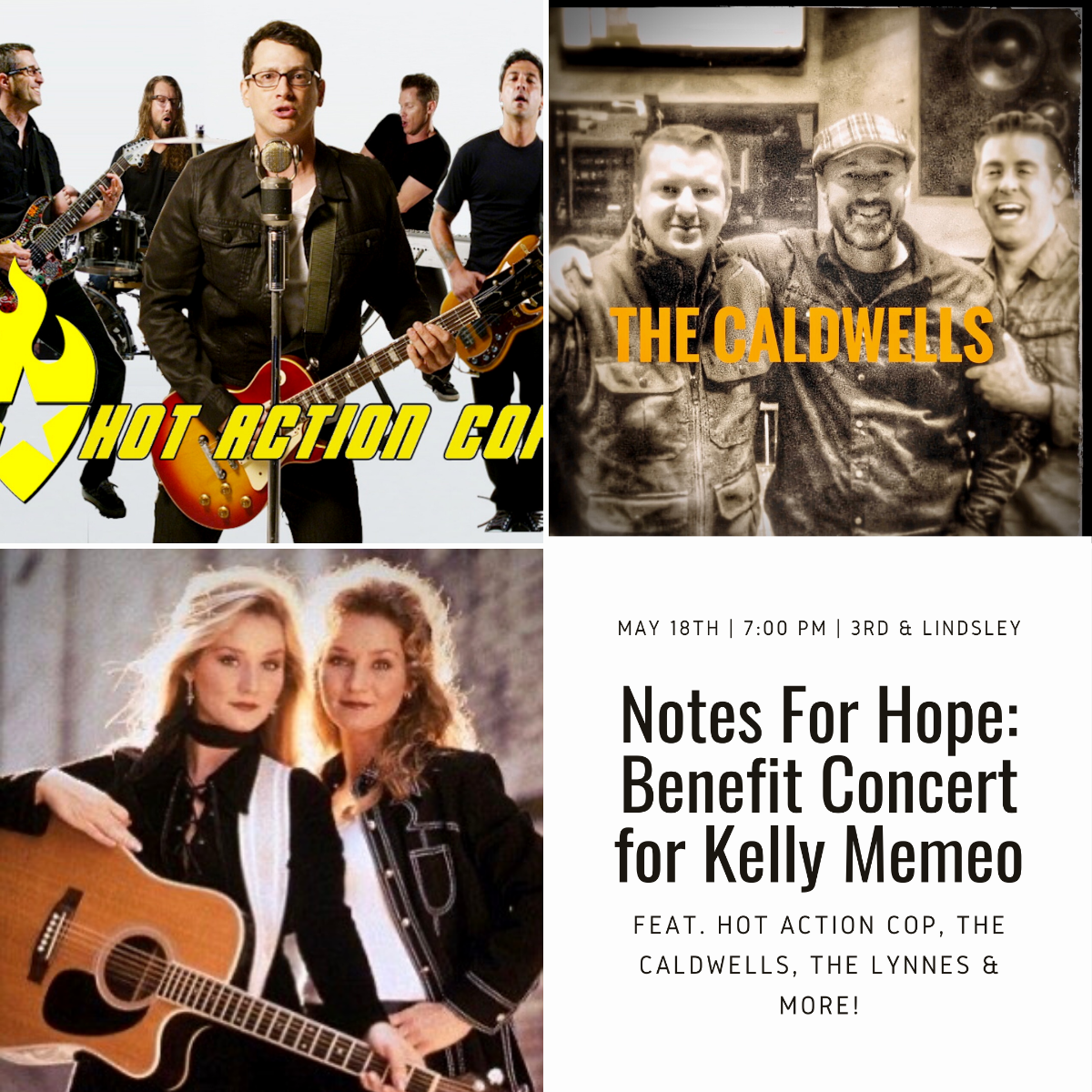 $20.00
Tickets
Rick Huckaby: or “Huck” as he is referred to, is a Nashville, TN singer, songwriter, and guitar player. His sound is like none other heard in country music today combining influences as rare as Robert Cray, Bonnie Raitt, Merle Haggard, Ronnie Milsap, and Keith Whitley. His lyrical honesty and vocal integrity is something of a rarity these days and his ability to incorporate such a wide variety of musical genres inspires those who take the time to listen.
the Caldwells: An Americana trio out of Belmont University sharing new material from their highly anticipated follow-up to their debut record, Posture, that received a favorable mention in Rolling Stone. Co-produced in part by Bob Johnston (Dylan, Cash, Simon & Garfunkel).

The Lynns: an American country music duo, consisting of twin sisters Peggy Lynn and Patsy Lynn(born August 6, 1964), who are the youngest daughters of singer Loretta Lynn.    They recorded one album for Reprise Records, which charted two singles on Hot Country Songs. The Lynns have received CMA Award nominations for Vocal Duo of the Year in 1998 and 1999.