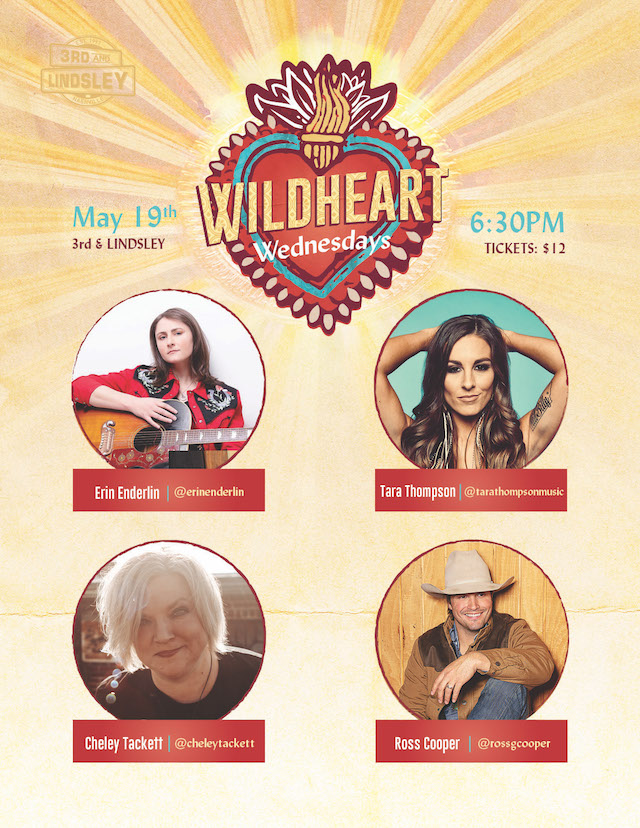 Cheley Tackett:  She is Nashville’s most celebrated emerging artists. Acclaimed as much for her songwriting as for her artistry, Cheley has won Merlefest's Chris Austin Songwriting contest, the prestigious Kerrville Folk Festival's New Folk competition, Just Plain Folks' Song of the Year, Country Album of the Year, & Country Song of the Year, as well as being a finalist in the Independent Acoustic Music Awards' Country Song & Female Vocal Performance categories, and a semi-finalist in the International Songwriting Competition's Rock category. She has shared the stage with Americana powerhouses like Mindy Smith and Mary Gauthier as well as country stars Kathy Mattea, Chris Young, James Otto, and Anthony Smith and she has opened for acts ranging from country artist Doug Stone to 70s folk-rockers America.

Tara Thompson:  Raised in the foothills of the Great Smokey Mountains she left home at a young age to pursue her dreams in Nashville. She played all the honky-tonks in Nashville and wrote her first song at 16. She has music in her blood being Loretta Lynn’s cousin and all. She has been working on her full length album proving that she belongs in country music.

Wildheart of The Week: Ross Cooper