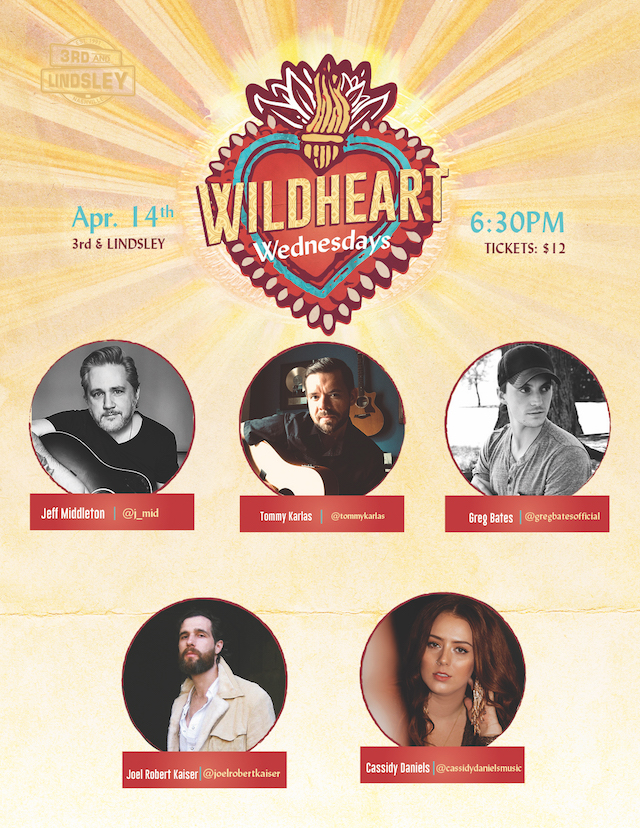 Jeff Middleton: He was a member of the critically acclaimed Warner Music recording artist Dirt Drifters and has performed across the country and internationally with Chely Wright and Josh Thompson.  In addition to spending time on the road and stage, Jeff is a staff writer for Liz Rose Music and Universal Music.  Over the past two decades, Jeff’s songs have been recorded by numerous artists, including Jason Aldean, Lee Brice, Morgan Wallen, Jordan Davis and Trace Adkins.  He was nominated for CMA Song of the year for “Drowns the Whiskey”, a multi-week #1 on country radio for Jason Aldean and Miranda Lambert.  The song was recently certified by the RIAA as a platinum selling single.

Tommy Karlas: A singer/songwriter from East Alton, IL. Moved to Nashville in 2001 at the age of 19 where he soon secured his first publishing with Jeff Carlton of Hamstein Music. Since then Tommy’s had songs recorded by Randy Travis, Blake Shelton, Montgomery Gentry, and many more. Including the multi-week number one Roll With Me which went on to be the fastest rising and most downloaded song of Montgomery Gentry’s long career. Also penning Tommy an ASCAP Songwriter of the Year nomination. Since then Tommy’s co-written songs with Darius Rucker, Matt Ramsey of Old Dominion, Troy Gentry, Tom Douglas, Bobby Braddock, and many more. He currently writes for Given Music Entertainment.

Greg Bates: He’s a rare find these days in the music business. A Nashville native, Greg is a multitalented songwriter, producer, singer, and guitarist with a resumé that includes cuts by Chase Rice, Justin Moore, William Michael Morgan, Montgomery Gentry, Terri Clark, Josh Abbott Band, and Mason Ramsey. His time as an artist on Republic Nashville, highlighted by his Top 5 hit “Did It For the Girl”, gives Greg a unique perspective from all sides of the music business. His deep roots in traditional country music, as well as his love of contemporary, hit radio has led to amazing collaborations with some of the best young talents in Nashville today.