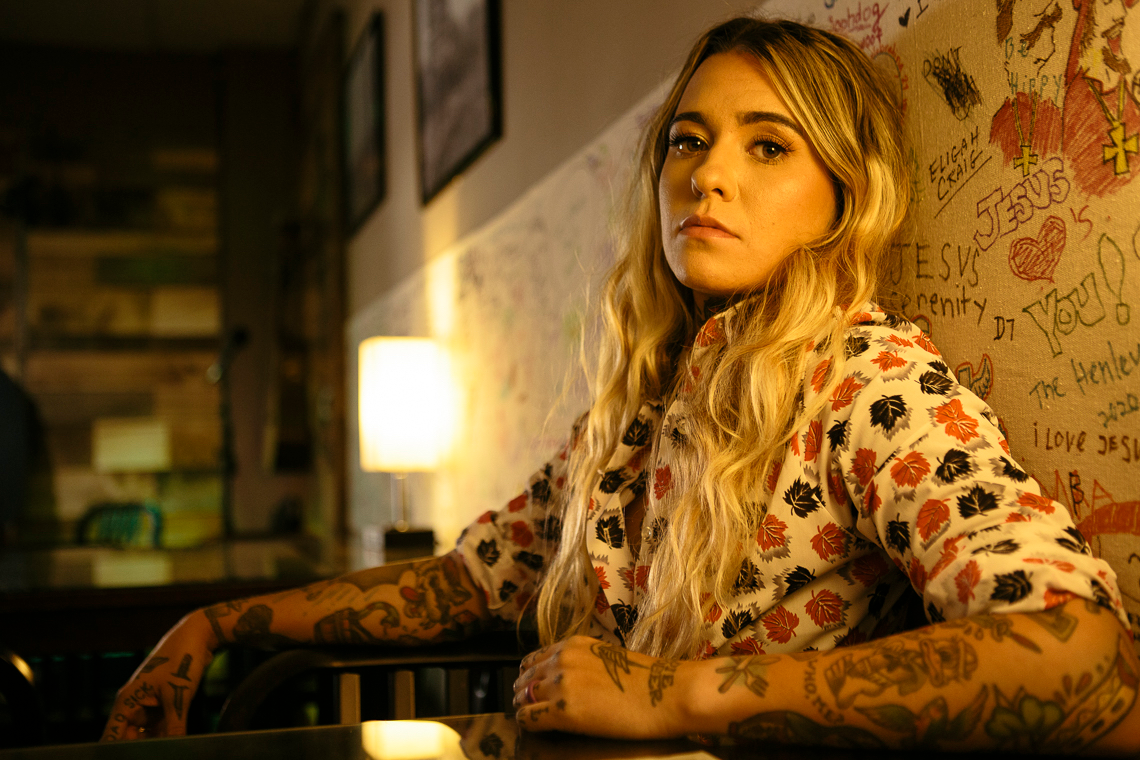 Morgan Wade has never sounded like anybody else, and for a long time, she thought that meant her songs were just for her. “Honestly, I think that was really good for me,” she says. “It made me think, ‘Alright, well, I’m not going to sing for anybody else––but I’m singing for myself.’”

Produced by Sadler Vaden––Jason Isbell’s longtime guitarist and an acclaimed solo artist in his own right––Wade’s full-length debut Reckless is a confident rock-and-roll record that introduces a young singer-songwriter who is embracing her strengths and quirks as she continues to ask questions about who she is––and who she wants to be. Her voice, a raspy soprano that can soothe liltingly or growl, is on brilliant display. “I feel like the last couple of years have been me trying to figure out where I fit in, who I fit in with, and what’s going on,” Wade says. “I’m almost four years sober, so a lot of the friends I had, I don’t really hang out with anymore. When I wrote these songs, I was going through a lot, just trying to figure out who I am.”

Now living in Damascus, Virginia, about two hours east of where she grew up, Wade remains connected to the roots that raised her, even as she stretches. “All these bluegrass players would get together out in the streets and play music together,” she says of her little hometown. “My grandfather would go up there every Friday night, and I’d go up there with him and my grandma. I remember falling asleep on their laps, just sitting up there, listening to music.” When Wade began to write her own songs, country radio was dominated by svelte voices like Shania Twain and Faith Hill––and Wade couldn’t hear herself in any of them.

Wade was 19 and in college when she first performed in public: an open mic in Floyd, backed by a band she had cobbled together via Craigslist. She loved the stage––and soon, her secret writing and singing became a public––and beloved––soundtrack. Wade began touring with her band, the Stepbrothers, and generated a grassroots following and high-profile attention––including that of Vaden.

Asked how she feels about the head-turning voice she used to hide, Wade is characteristically honest, self-deprecating, and insightful. “I still go through moments. I was in the studio two weeks ago and I thought, ‘Can I actually sing? Is everybody just mocking me right now?’” She laughs a little and sighs. “I think it just takes a while. After spending all those years feeling like you weren’t good enough, it takes time to rewire your brain––to know hey: You really do have a good voice.”

Today, with Reckless in tow, Wade is ready to for her voice to be heard. “This is different than anything I’ve ever done before,” she says of the record. “It’s opened up a bunch of different lanes––and I’m proud of it. A lot of the songs are about figuring out what the hell I’m doing.” She pauses and grins. “Maybe record number two will be a little bit more about knowing who I am.”