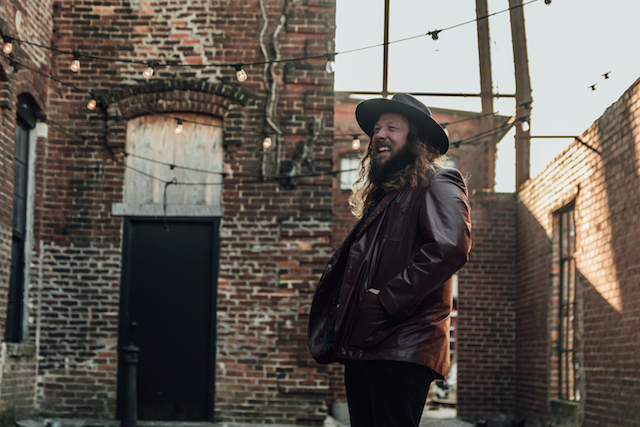 From the first note he sings, George Shingleton doesn’t just ask for your attention, he commands it. You sit up and lean in. Then you’re blown away by his power.

His body is an amplifier ushering rich, stirring tones from deep within his soul sending them straight to yours.

Shingleton’s energy creates a capsule-like environment where he gets lost in the music and takes you with him. It’s the kind of experience musicians have tried to hotwire for centuries, the very secret of which Shingleton embodies -  that it can’t actually be engineered, that it is the product of one’s own passion and destiny.

A son of rural West Virginia, Shingleton was raised on traditional gospel music in small country churches. Choir directors encouraged him from a young age to find his voice and let it fill the space between altars and spires, people and pews. That voice, it turns out, would also fill the hollers of the mountains.

He spent more time outside than in, providing the soundtrack to crackling campfires and electrified stages, each performance pushing him closer and closer to realizing his sound. What emerged was a unique blend of gospel, country and Southern rock illustrating the happiness and hardship of hardworking people. Of the believers who thrive on little and don’t want for much.

Not one to shy away from a microphone, even though he probably doesn’t need it, Shingleton takes you on a modern journey through classic sounds by evoking the dulcet tones of The Allman Brothers, Waylon Jennings and Hank Williams, Jr. His Appalachian twang is wrapped in sonic masteries of choirs, orchestras and bands, all giving life to what he feels.

The integrity of his stories and sound has earned him the respect of other artists, including Darryl Worley, John Michael Montgomery, Bucky Covington, Montgomery Gentry, Charlie Daniels, Bo Bice and Keith Anderson, all of whom have invited him to share their stage.

Shingleton’s musical adventure now calls for you to hold his moonshine and watch as the crescendos for which he’s most known begin to match his career arc - a not-so-slow burn lighting the path to those who need his anthemic music the most.