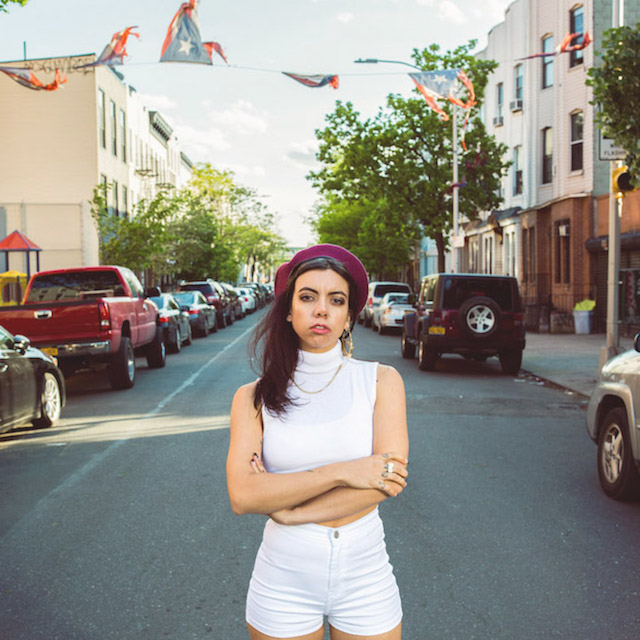 Tickets
*This show will soon be postponed.

It had been a successful, if tumultuous, ride for Alynda Segarra, who's been spreading a new kind of roots-conscious folk music across the country from her adopted hometown of New Orleans. But as far as the Bronx native had come with her band, Hurray for the Riff Raff, there was still a missing link to her story. "The more I toured, ending up in the middle of nowhere bars from Texas to Tennessee," said Segarra, "I just started feeling more and more like, I don't belong here, I gotta get back to my people, you know?"

After many years in New Orleans, Segarra found herself getting antsy. Hurray for the Riff Raff had four albums under its belt, with the last one, Small Town Heroes, featuring "The Body Electric," a song that NPR's Ann Powers called "The Political Song of the Year" in 2014. Yet even though her musical career had begun by running away from home at 17, busking for survival and honing her craft through dreams of Bessie Smith, Ma Rainey, Memphis Minnie, and Woody Guthrie, Segarra realized she is a Puerto Rican kid from the Bronx with a different story to tell.

To find her way back home, Segarra became the willing vessel for a character she calls "The Navigator," from which her new album takes its name. She describes The Navigator, a/k/a Navita Milagros Negrón, as "this girl who grows up in a city that's like New York, who's a street kid, like me when I was little, that has a special place in the history of her people." Through The Navigator, the listener hears an ambitiously interwoven, cinematic story of a wandering soul that finally realized she needed to connect with and honor her ancestors.

Segarra quickly went to work with producer Paul Butler, whose work with British soul singer Michael Kiwanuka she deeply admired, to capture the cinematic, old but new quality she wanted. It also meant assembling a core group of percussionists like Kansas City-based Juan-Carlos Chaurand and Devendra Banhart's drummer Gregory Rogove to play everything from Cuban to Puerto Rican to Brazilian backing beats. The result is an interconnected set of introspective songs, grounded in Segarra's eclectic rustic root style, yet adorned by elements of son montuno, plena, and a kind of Mink De Ville retro-doowop rock.

Segarra drew early inspiration from cult favorite Rodriguez, a Mexican-American who translated working-class stories from Detroit into powerful rock ballads, and the Ghetto Brothers, an underground band from the 1970s South Bronx who stitched Puerto Rican nationalist messages into a rough-hewn fabric of Santana and Sly and the Family Stone Afro-Caribbean funk. She reached back to her cultural ancestors in the form of the radical political group the Young Lords and the salsa singer Héctor Lavoe. "I would just try to have the rhythm in my head and write the lyrics," said Segarra. "Then I went back and added everything else, it was like poetry?"