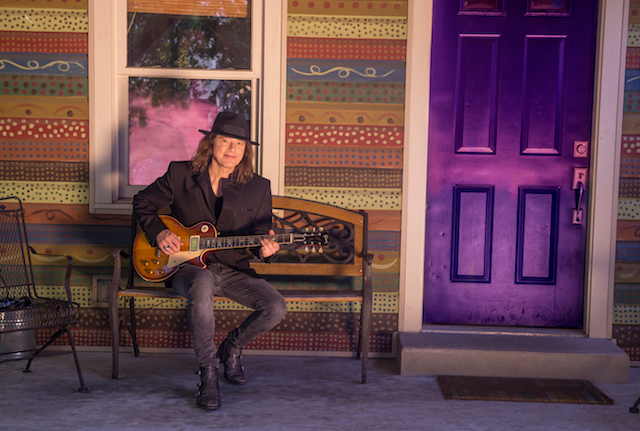 $20.00
Robben Ford is one of the premier electric guitarists today, particularly known for his blues playing, as well as his ability to be comfortable in a variety of musical contexts. A five-time Grammy nominee, he has played with artists as diverse as Joni Mitchell, Jimmy Witherspoon, Miles Davis, George Harrison, Phil Lesh, Bonnie Raitt, Michael McDonald, Bob Dylan, John Mayall, Greg Allman, John Scofield, Susan Tedeschi, Keb Mo, Larry Carlton, Mavis Staples, Brad Paisley, and many others. Beatle George Harrison invited Robben to join him on his Dark Horse tour of the U.S. and Canada, raising his musical profile even further. Shortly after the two month stint with Harrison, Robben moved to Colorado to take a much-needed break from music and to study with Buddhist teacher, Chogyam Trungpa. In 1977, he was approached by Elektra Records, which produced his first solo recording, The Inside Story, with a group of musicians who went on to become the Yellowjackets. After moving to New York, Robben was invited to play with musical icon Miles Davis. “Producer Tommy LiPuma played Miles my work with the Yellowjackets, then three days later Miles called me personally to join his band. Shocking!” recalls Robben. He lamented having to leave Miles after only six months because of recording commitments with Warner Brothers but was told by Miles that if he ever wanted to come back, “just come back.” In 2000, Robben was invited to tour with Phil Lesh and Friends on a co-bill with Bob Dylan, reuniting him with Billy Paine and Paul Barrere of Little Feat, as well as drummer John Molo. “This experience gave me new respect for Jerry Garcia as a musician and songwriter. The songs and musical context were pure pleasure–real guitar music!” When his contract expired at Stretch/Blue Thumb, Robben signed with Concord Records, the largest independently-owned record company at the time. In 2002, he released Blue Moon, and in 2003, Keep On Running, a recording full of the 60’s blues/R&B feeling he grew up on. His third release for Concord was titled Truth. “I feel this is the best work I have done in terms of a solo recording. It is my most realized work as a songwriter, and I feel like I am reaching higher ground as a guitarist.Truth represents the blues as they are today; some of the songs are sociopolitical in essence, but not without humor, and the musical setting is fresh.” His latest recording, Purple House (2018) is a remarkable collection of songs featuring Ford’s enlightened approach to composition and production. Exploring the range of the studio with a fresh approach, he weaves in and out of surprising musical moments, ear-wormy hooks, and thoughtful lyrical themes. His sophisticated approach to the blues is evident throughout, yet the record is far more diverse regarding song structure and style. “I was inspired to go past what would certainly happen on a traditional blues or R&B album, take more chances sonically, and open it up without losing the essence of soulfulness or live performance.”