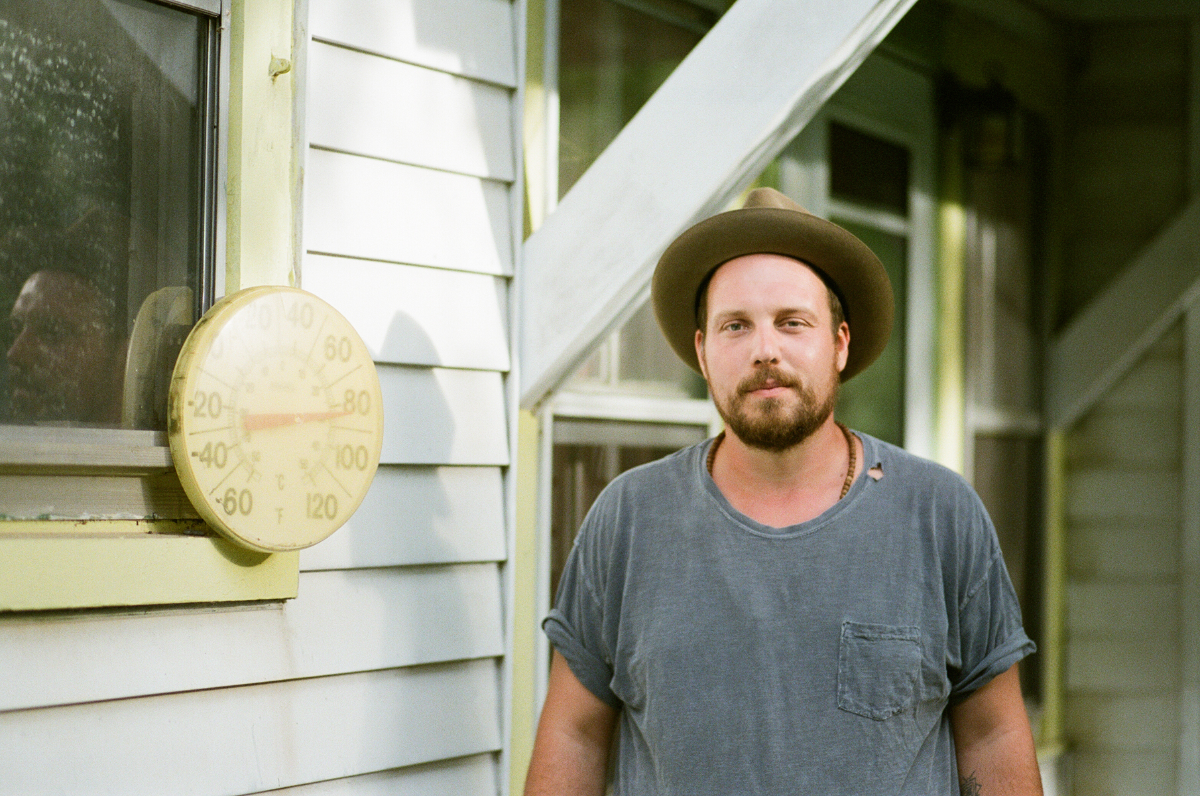 TICKETS ARE AVAILABLE AT 6:00PM DOORS.

Darrin Bradbury writes about the way things really are in America – a singular perspective shaped by a natural gift for storytelling, a lingering battle with depression, and a sly sense of humor. A self-described folk satirist who has toured the country for more than a decade, Bradbury collects his oddball observations in his newest album, Talking Dogs & Atom Bombs.

Bradbury grew up in New Jersey with an early interest in performing, partly because of his mother’s career as a circus clown. At the age of 7, he felt certain that he would either become a songwriter or a cartoonist. He learned to play guitar as a vessel to tell his stories — and because his handwriting and grammar steered him away from being a novelist. By the age of 18, he’d discovered Bob Dylan, Jack Kerouac, and Paul Simon, and decided to hit the road.

At 25, he moved from Charlottesville, Virginia, to Nashville, to try making it as a songwriter. For three months, he slept in his car in a Walmart parking lot, and developed a local following by playing open mic nights. With a handful of self-funded EPs and albums, Bradbury steadily cultivated a national audience by touring constantly. Produced by Kenneth Pattengale of the Milk Carton Kids, Talking Dogs & Atom Bombs is Bradbury’s first release for ANTI- Records.