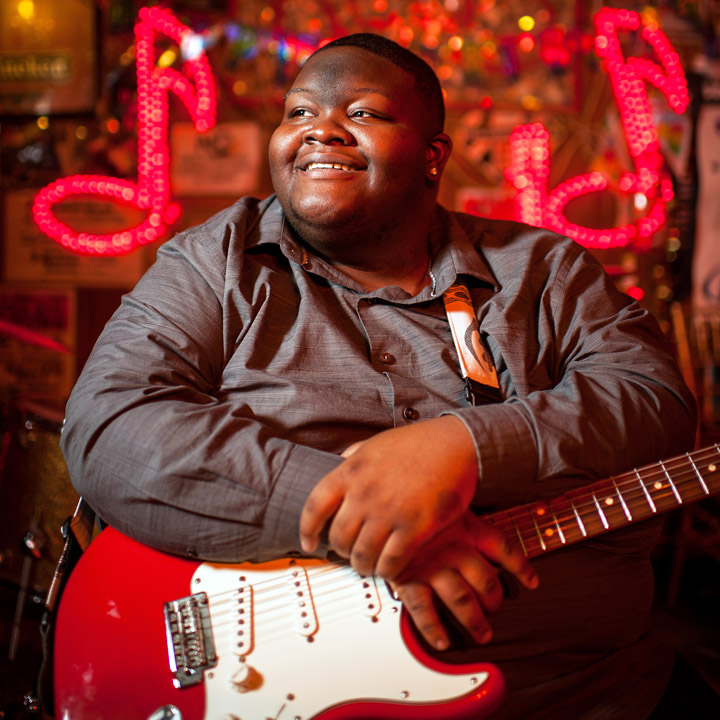 Is Christone “Kingfish” Ingram the future of the blues? The blues savior is one of the most exciting young guitarists in years, with a sound that encompasses B.B. King, Jimi Hendrix and Prince. --Rolling Stone

Once a generation, a blues artist comes along who not only reminds mainstream audiences how deeply satisfying and emotionally moving the best blues music can be, but shakes the genre to its core. With both eyes on the future and the blues in his blood, 20-year-old guitarist, vocalist and songwriter Christone “Kingfish” Ingram is set to take the music world by storm with the May 2019 release of his debut album, KINGFISH. Sprung from the same earth as so many of the Delta blues masters, Kingfish comes bursting out of Clarksdale, Mississippi, just ten miles from the legendary crossroads of Highways 61 and 49. A student of the Delta’s musical history, he is acutely aware of the musicians and the music that emerged from his corner of the world. “I do think I have an old soul, that I’ve been here before,” he says. “I’m moving forward with one foot in the past.”

Born to a musical family near Clarksdale, Mississippi on January 19, 1999, Christone Ingram fell in love with music as a small child. There was always music playing around the house. His family sang (and continues to sing) at their family church. His mother, Princess Pride, is first cousin to country music legend Charley Pride. Christone starting hitting drums at age six and at nine he picked up the bass. Around this time his mother enrolled him in a program at the Delta Blues Museum. At age 11, he got his first guitar and quickly mastered it. The young prodigy soaked up music from Robert Johnson to Lightnin’ Hopkins, from B.B. King to Muddy Waters, from Jimi Hendrix to Prince. Before long he could play like them all, but all the while he kept developing his own sound and style.

With the release of his debut album, KINGFISH behind him and a major North American tour announced for Summer and Fall 2019, Christone “Kingfish” Ingram is ready to blaze a trail with the blues torch that’s been passed to him. With his eye-popping guitar playing and his reach-out-and-grab-you-by-the-collar vocals, Kingfish delivers each song with unmatched passion and precision. Steeped in the rich, vivid history of the blues, he’s driven by his burning desire to create contemporary music that speaks to his generation and beyond. Kingfish is a real life 21st century bluesman who is inspired by the music of Robert Johnson, but dreams of one day collaborating with Kendrick Lamar and soul-funk bassist Thundercat. “My core is blues,” he says, “but it’s important for me to create a sound and style that is uniquely my own. I have a lot to say, so please stay tuned.”